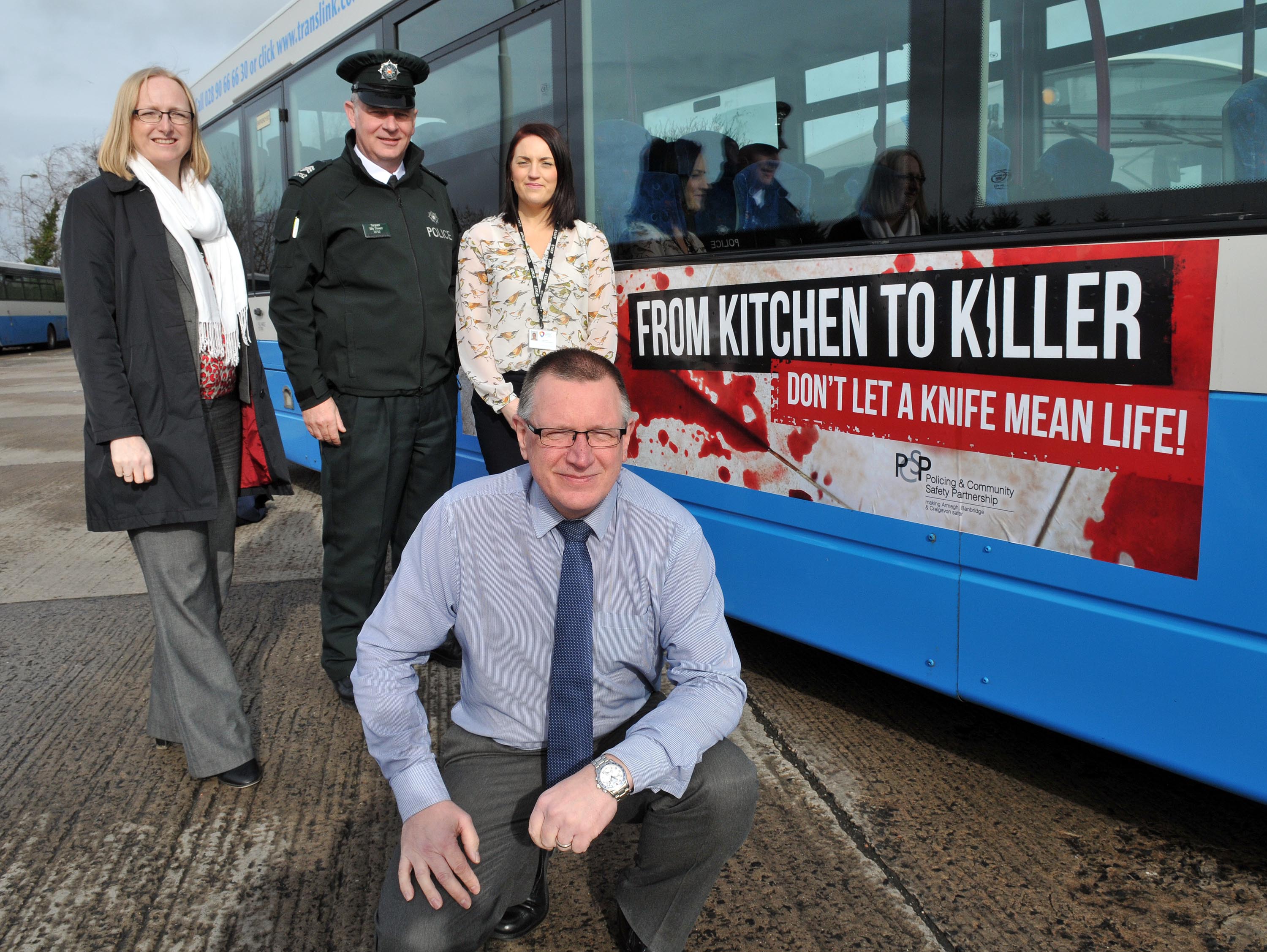 A hard-hitting and graphic campaign to highlight the dangers of knife crime is being introduced across the Armagh, Banbridge and Craigavon Borough.

Armagh, Banbridge and Craigavon Policing and Community Safety Partnership and the local PSNI are introducing shock tactics to raise awareness of facts – a kitchen knife can be a lethal weapon with fatal consequences.

The campaign shows a kitchen knife on the floor surrounded by blood to depict the devastating impact of how a kitchen knife can mean life – either life imprisonment for the perpetrator or taking away the life of the victim. This image will be displayed on buses throughout the Armagh, Banbridge and Craigavon and through Facebook to send the message to as many people as possible.

Knife crime is relatively low within the borough, although there have been a small number of fatal incidents which have had a devastating impact on families and friends.

Most of these murders have been committed with household knives and have involved alcohol consumption.

“This campaign is very hard hitting and we know that it will have a ‘shock factor’, when people see it” commented Alderman Robert Smith, Chair of the PCSP.

“However, it is a message that we need to get out into the community and a message that needs to be heard to try and help prevent any further tragic incidents that could ruin lives.”

“The fact is that carrying a knife is dangerous – there is a greater risk of people getting hurt, of families being devastated and communities ruined. That is why we need the support of everyone in our district. We would like everyone to work together to deliver this simple message, ‘knives can take lives – never carry a knife!’”