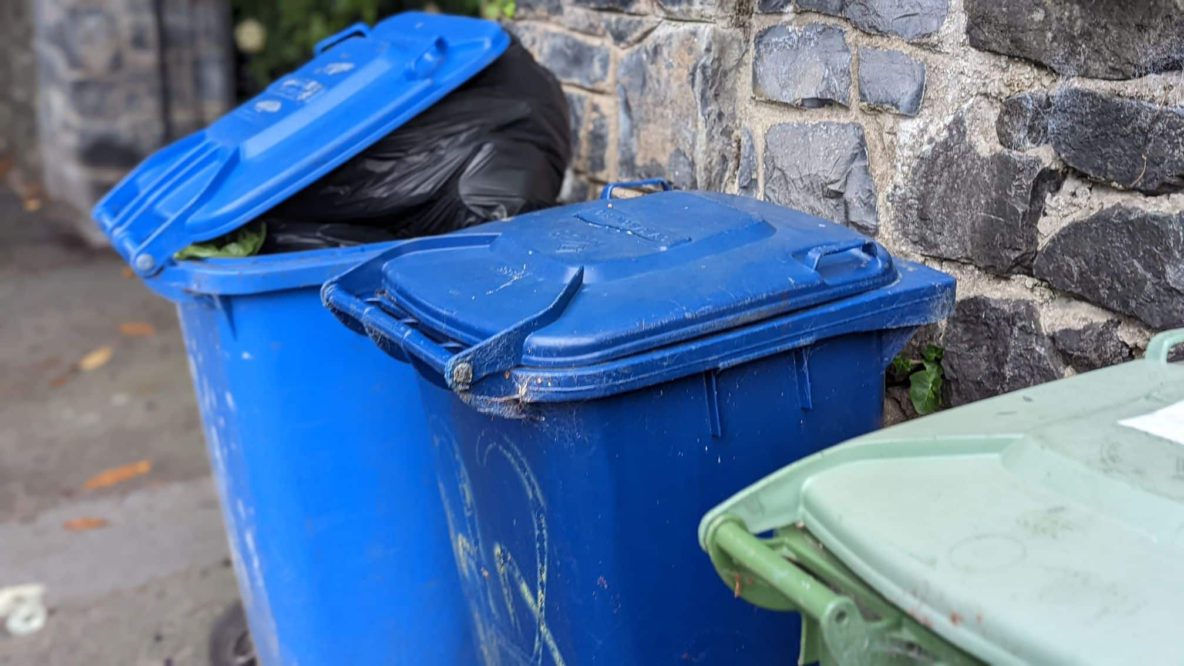 A proposal to have bin men across the ABC borough lift two extra black bin bags from each residents was stopped in tracks due to potential financial and resource implications.

“Over this past number of weeks, there’s no doubt about it that this council has sustained considerable reputational damage with its inability to deliver adequate essential services to ratepayers,” he said.

The Lurgan councillor claimed there were variations in the levels of service across the borough over the last week.

“We were told that black bin bags wouldn’t be emptied in any areas but they were in some areas,” he said.

“We were told at utility sites that rubble or metal couldn’t be left, yet it was accepted. This has caused considerable frustration to the ratepayers, the people who we serve – that is not acceptable.

“Many folk over this past number of weeks have sorted waste at home and stored it and then to find out this week, that they can still be a week away from having a blue bin collection. Some others dumped waste in public locations and I don’t for a second condone that but the people now who have looked after their waste at home have actually been penalised.

“I wish to propose that from Wednesday of this week, all homes having black or blue bins are entitled to leave two black bin bags to be lifted by bin lorries or backup teams, either from council or from an outside resource and this will be permitted for two black bin cycles so that everyone can be clear of the rubbish that lies around their houses.

“This is a humanitarian request, and it’s to alleviate the plight of some people who don’t have vehicles to get to utility sites and who are actually trapped with their rubbish and waste at home.”

However, the Council’s interim strategic director of neighbourhood services, Jonathan Hayes said “there’s likely to be financial consequences associated with this proposal” and as such he recommended that it was taken to committee next week for further consideration, “particularly around the costings and the resource to actually deliver and this request.”.

Ulster Unionist, Alderman Jim Speers, accepting Mr Hayes’s recommendation added: “I just want to point out that if we had have followed the advice of the proposal made by the party that’s now speaking, we would still be in the process of having a discussion about the strike.

“So, I find it somewhat strange that there’s this particular urgency now, which I’m not against by any standard, I want to see the police cleaned up. I don’t suspect there’s anyone here that doesn’t want to see it cleaned up but I’m not sure if the proposal that was proposed last week, (discussing how Council would have saved the the money) I don’t suspect we would have arrived at a conclusion on that as yet. But I do think that a bit disingenuous to have a proposal of that nature. bearing in mind what was said last week.”

Sinn Féin’s Keith Haughian said he was in “complete agreement” with Alderman Speers, that he “absolutely hit the nail on the head”.

He described the proposal tabled by Alderman Moutray as a “shocking and pretty pathetic attempt at gaining some sort of political support from a party that clearly didn’t even feel the urgency to try and bring this strike to an end when all the other parties did come together to do it”.

“I find that quite – disingenuous was the word that was used previously – and it would have to agree with it. And just just to put on record that our officers have clearly spelled out to all of us who would have been in favour in theory of doing something like this, why it couldn’t be done.

“There are operational reasons why black bags could not be done and it would have a knock-on impact on the ability to provide a service ongoing on the calendar rota for our ratepayers as we try to get back to normal. That is why the urgency to try and bring the strike to an end was there for most of us.”

Alderman Moutray said the use of the term disingenuous disappointed him as “I’ve always come to this council with the best will and to do the best for the ratepayers”.

He added: “We’ll see what the ratepayers think when it comes April and May and they get their inflated bills because of the decision that was taken last week. And I’m proud that my party wasn’t part of that decision.”