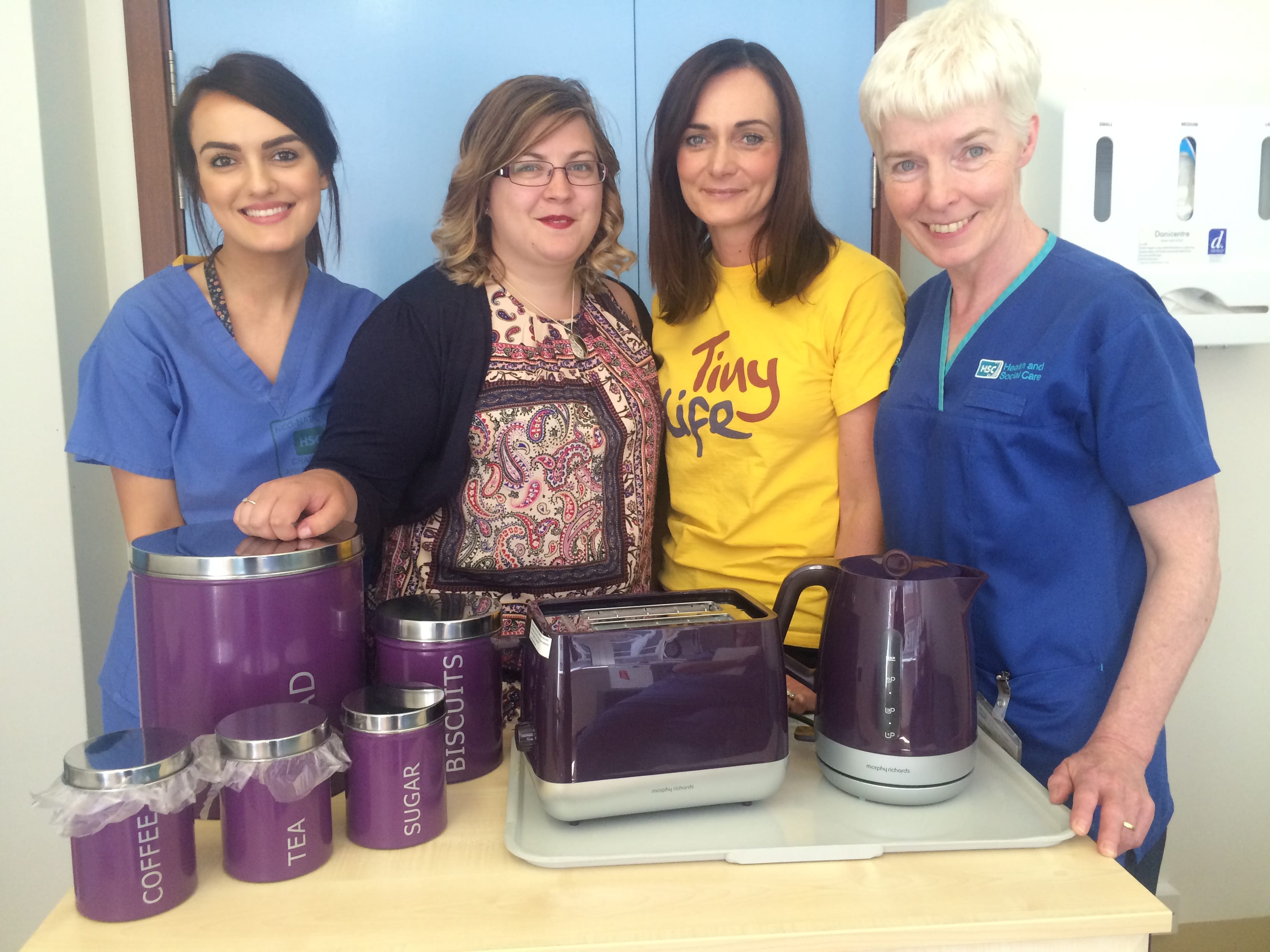 An Armagh mum has made a kind donation to the local neonatal unit to help other parents.

Kitchen items for the parents’ room at the Craigavon Area Hospital unit will make it more comfortable for families having to spend time there. Shenagh O’Hagan knows how exhausting it is to travel long distances and spend long hours in a hospital ward.

By donating these items, Shenagh has made it possible to finish the parents room, which she hopes will help parents have their own space and feel more comfortable when visiting.