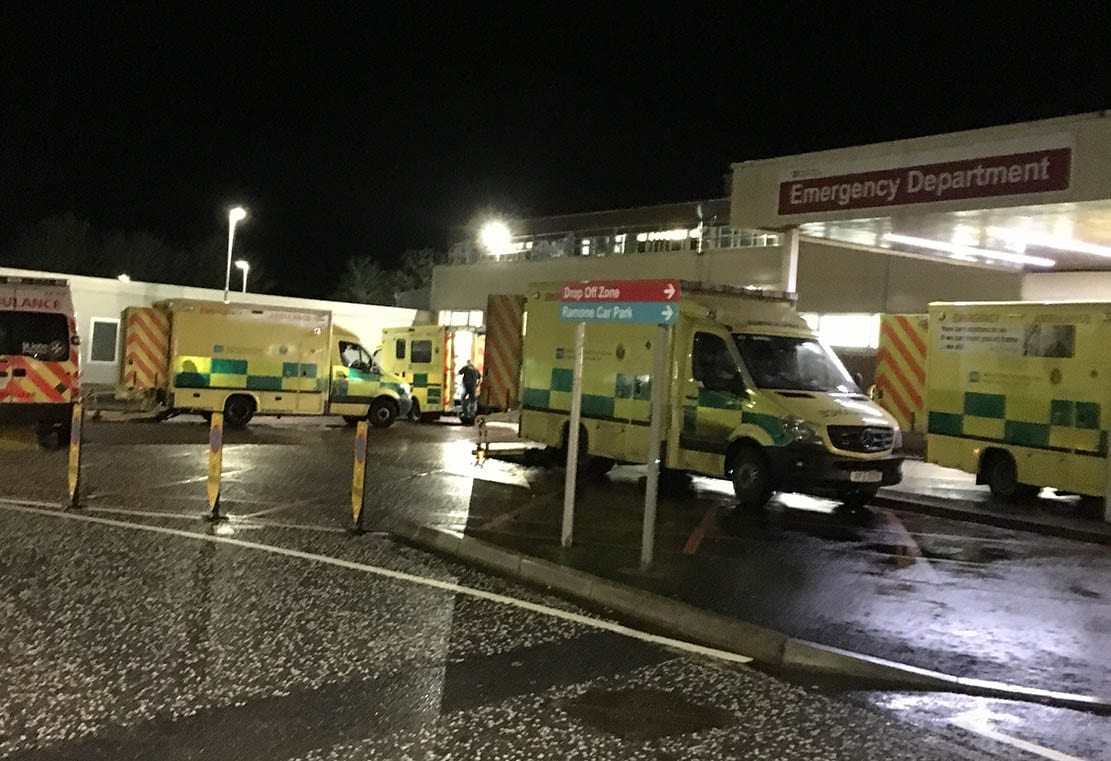 An Armagh man who urinated in a police car and called officers “c****” has been handed a suspended sentence.

A district judge told the 23-year-old: “I do not wish to interfere with the work you have been doing with probation so I am willing to give you a chance.”

Court heard that on November 6, police were called to a house in Armagh to reports from a male that his son, the defendant, had damaged a kitchen door at the property.

Starkey had been taken to his father’s home just half an hour earlier in a police car, which he urinated in.

The defendant was arrested and whilst he was conveyed into custody he made threats to headbutt police.

He did attempt to headbutt one officer but he was unsuccessful and failed to connect.

Starkey was taken Craigavon Area Hospital due to his intoxicated state, where he began shouting and using bad language.

Prosecution told court that this was in a hospital that was full of people at the time.

When interviewed, Starkey said that he had a brain injury and suffered from short term memory loss.

He stated he had been drinking and had a weak bladder as he apologised for urinating in the police car.

Court heard the cleaning bill for the vehicle came to £52.55.

Defence barrister Kevin O’Hare informed the court that this offence was in breach of Starkey’s current Probation Order of which there was a year left.

He stated: “Mr Starkey has been engaging well with probation thus far, I have also been instructed that he is due to begin new employment.”

District Judge Peter Magill said: “When I first looked at this record I thought you had suspended sentences but that is not the case.

“This is a good pre-sentence report, I do not which to interfere with the work you have been doing with probation so I am willing to give you a chance.”

District Judge Magill added: “I am aware of your history of difficulties and the brain injury but you have to decide if you will turn this around or not.”

Starkey was sentenced to three months suspended for two years and ordered to pay compensation in the sum of £52.55.