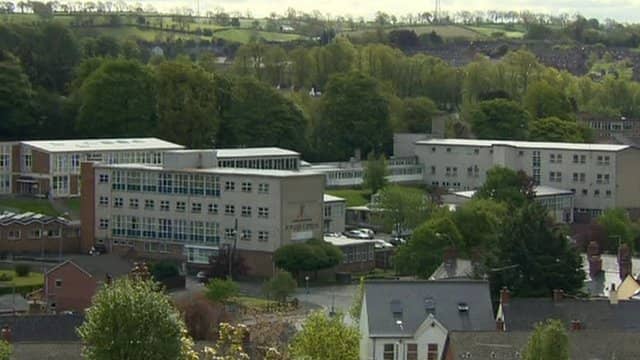 Another major milestone has been reached in plans to provide three new further education colleges – an investment of £90 million – in the Armagh, Banbridge and Craigavon Borough.

A formal planning application has now been lodged for the demolition of the Southern Regional College in Banbridge.

It means that the new Armagh campus – at a cost of £30 million – would be the last to be developed.

But work on all three is expected to be completed within the next five years.

The funding will be crucial to making sure that all plans go ahead, but MLAs in Newry and Armagh and Upper Bann will be fighting to ensure the finance is in place.

It will certainly be high on the political agenda during the next mandate of the Northern Ireland Assembly.

The planning application submitted this week is for the demoition of the existing campus buildings on the Castlewellan Road in Banbridge.

It will see a new state-of-the-art educational centre of excellence constructed on site, together with associated site works.

At that time he also signed the £1.9 million design contract for the development of three new campuses at Armagh, Banbridge and Craigavon.

The Armagh and Banbridge projects will see new campuses being developed on the existing sites while the Craigavon development will replace the Lurgan and Portadown campuses with a single new high quality campus in Craigavon.

It will be located adjacent to the existing Watersports Centre and close to the Craigavon Civic Centre – home of Armagh City, Banbridge and Craigavon Borough Council – and Rushmere Shopping Centre.

Dr Farry had described the developments then as being at a “critical stage” and said they would represent capital investment of £90 million in Southern Regional College “over the next five years”.

Brian Doran, SRC Principal and Chief Executive, had described the completion of  its estates strategy as fundamental to Southern Regional College fulfilling its role as a leading provider of professional and technical education and training.

“Our aspiration is to create learning environments that will inspire our students to reach their potential,” he said at the time. “We have an excellent record in both academic and professional and technical education and training and this can only be enhanced through the provision of new first class educational facilities. This is a key milestone for our estates project and a really positive statement of our intent to build a legacy for future generations of students within the Armagh City, Banbridge and Craigavon areas.”

The application for planning consent for Banbridge will be regarded as another key milestone and further movement in relation to Armagh will be expected shortly.

The proposal for the demolition at Castlewellan Road is not expected to meet any major objection and is now with Armagh City, Banbridge and Craigavon Borough Council’s planning officials for consideration.