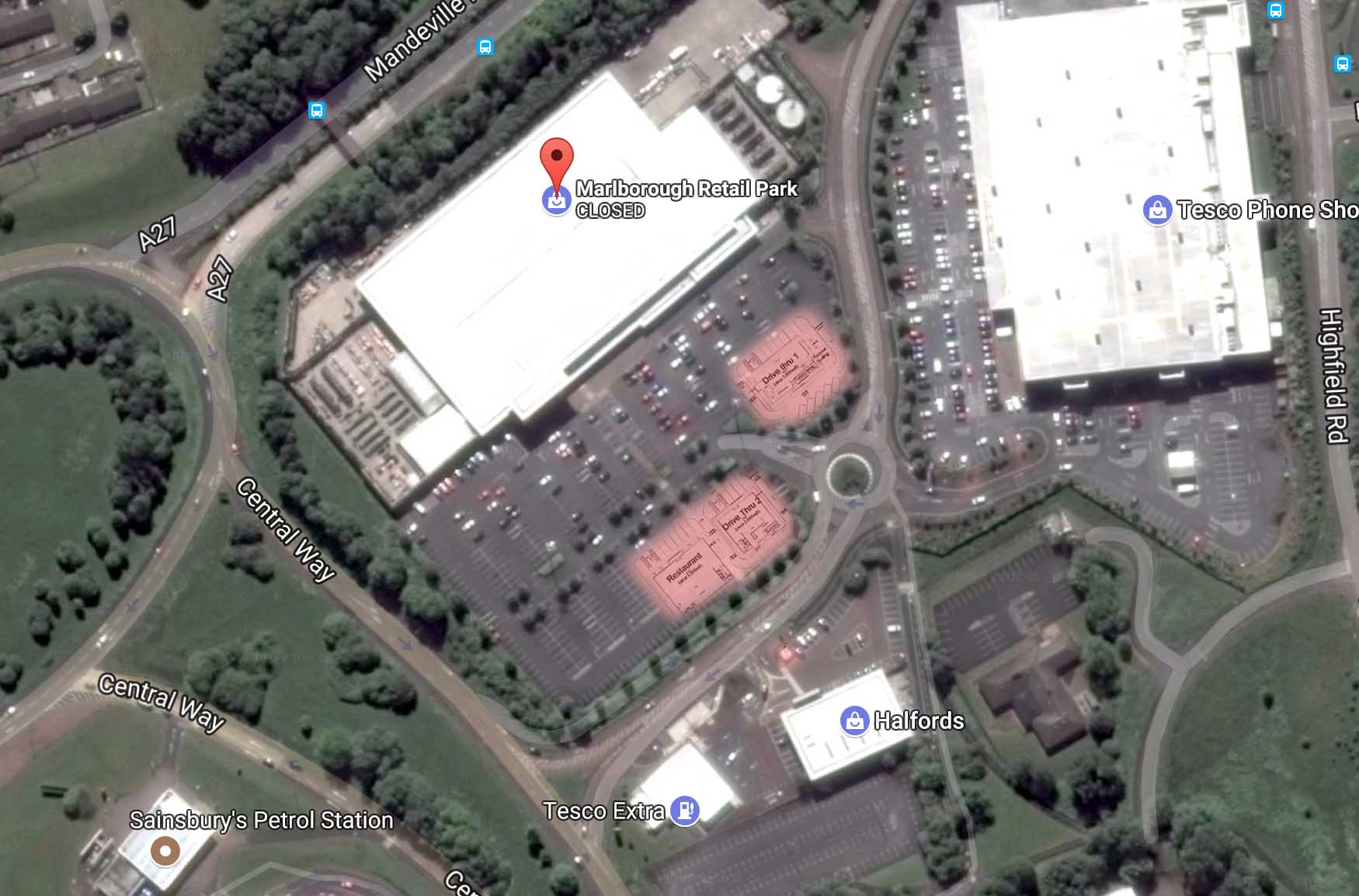 Plans for three restaurants, including two drive-thrus (in red)

Ambitious plans have been lodged to turn a vacant county Armagh retail park into a a hive of restaurants and drive-thrus.

The £1.1m project, which will be undertaken by the prominent Portadown-based Turkington Group, will see three new restaurants built on the grounds of Marlborough Retail Park in Craigavon, adjacent to Highfield Grove.

Two of the restaurants will facilitate drive-thrus; with large fast food chains the likely incumbents.

However, it is unlikely one of those restaurants will be McDonald’s given the close proximity to Rushmere and the fact it’s to be extended.

The project – if given the go-ahead by Council planners – will coincide with the Turkington’s plans to refurbish the old B&Q building on the site, into four large individual premises, effectively operating as a mini retail hub.

Separate retail premises and shop fronts would be created to allow for the “future potential internal sub-division”.

The B&Q store closed in 2016 with the loss of some 50 jobs but this major redevelopment – and any future new tenants – would be huge jobs boost to the area.

Turkington’s also have plans afoot to build four new cafe and restaurant outlets on a site just off the Northway in Portadown – next to the Asda store in the town.

The development would consist of a total of four cafe/restaurants. Three of these will be contained side-by-side in a row – each in the region of 2,400 sq ft – and separate to them will be a drive-thru, approximately 1,800 sq ft.

No proposed tenants’ names have been linked to any of these project.