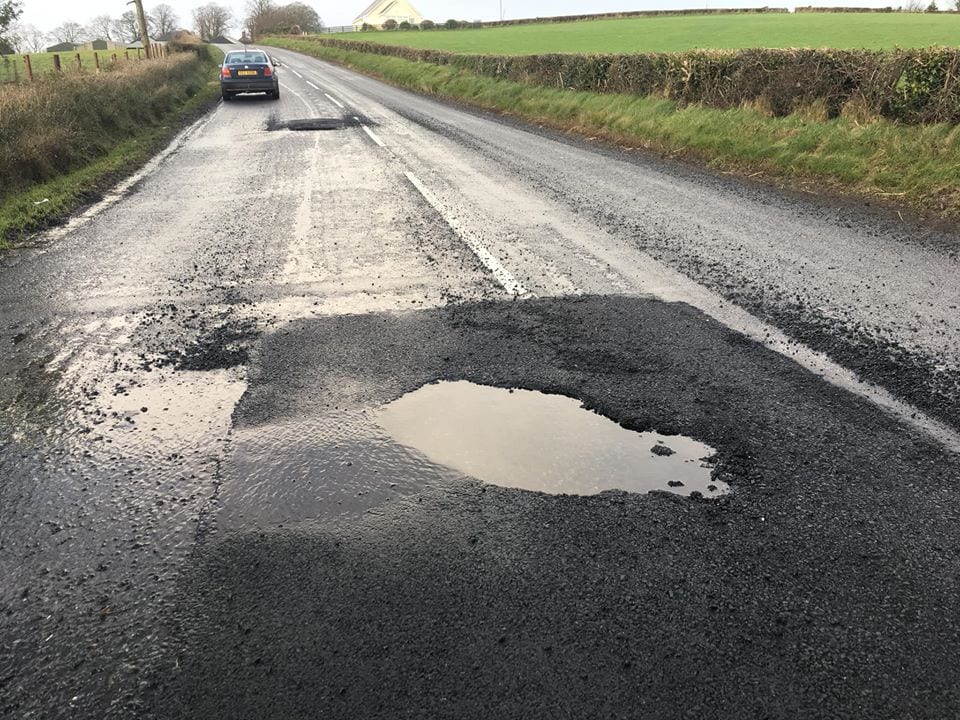 An average of 1,000 claims for damaged cars caused by potholes has ben made every 12 months over the last 12 years, figures have revealed.

A total of 1,188 claims have been registered in the ABC borough while 1,518 have been made in the NMD Council area.

SDLP MLA for Newry and Armagh Justin McNulty has called for an urgent injection of cash into road repairs across the north after the shocking statistics were revealed.

“We are all know the state of many of our rural roads and the figures released by the Infrastructure Minister Nichola Mallon have laid bare the extent of the damage being caused to vehicles because of sustained under investment in our local road network,” said Mr McNulty.

“I believe it strengthens her hand when she is making the case to the Minister of Finance for additional resources.

“Over the last three years the Department for Infrastructure has processed almost eleven thousand claims for damage to vehicles.

“It comes as no surprise to me that in the Armagh, Banbridge and Craigavon area there were 1,188 claims in that period, and with 439 claims in the last financial year alone.

“This just shows how urgently our road network needs investment.”

Mr McNulty said he fully appreciates that there are many parts of government and public service crying out for investment and that it will be a matter of prioritisation.

However, he claimed, “if we don’t invest in our roads infrastructure now, it will cost more in the long run”.

“The entire Executive must rally round and support the call for more resources to improve our crumbling road network.

“I’m concerned that if this doesn’t happen soon, we may be seeing more than just damage to vehicles.”