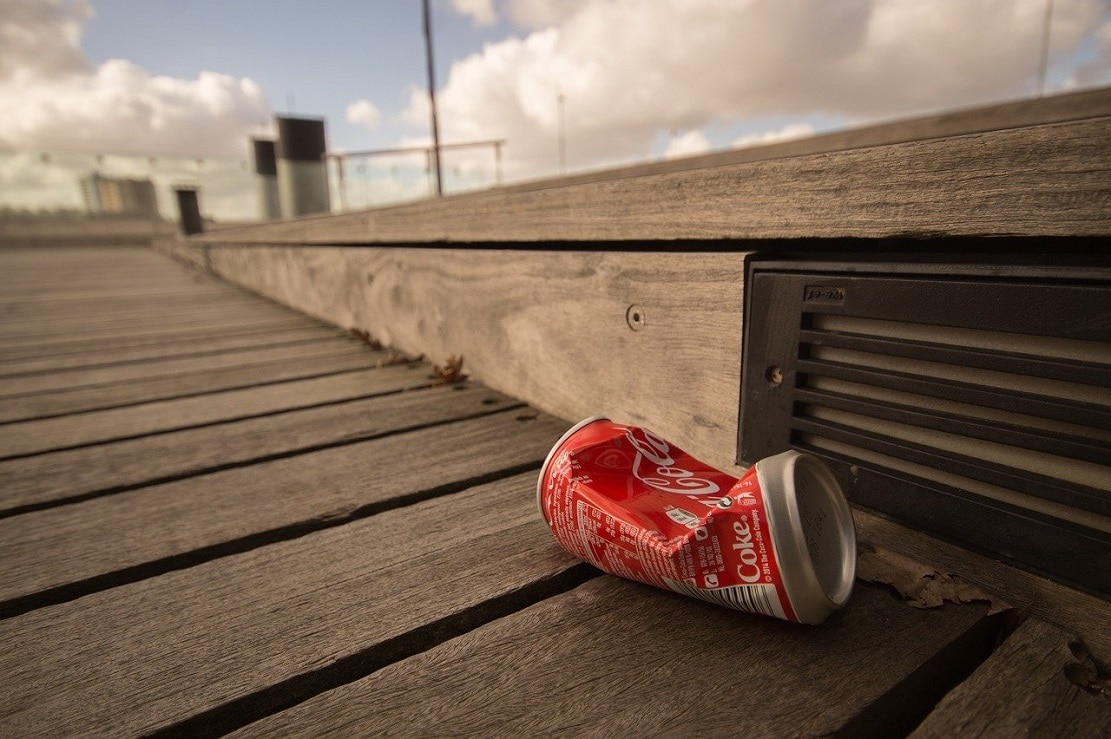 Almost 2,000 fixed penalty notices for littering have been issued throughout the bounds of Armagh City, Banbridge and Craigavon Borough Council, it has been revealed.

The 1,974 fines were issued between May 17 and August 25 this year as part of a pilot scheme between the council and Waste Investigations Support and Enforcement (WISE) to support the enforcement of littering and dog-fouling offences within the borough.

WISE officers patrol all areas of the borough. However, they spend most of their time in areas of high footfall including Armagh, Banbridge, Craigavon, Dromore, Lurgan and Portadown.

“Through the pilot the initial feedback is there is a lot of enforcement and we are dealing with a lot of enquiries from members of the public,” he said.

“We are now getting anecdotal feedback suggesting there is less littering occurring, the number of fixed penalties being issued is declining.

“That is something that we did expect and hopefully is indicative of some behavioural change occurring.”

DUP group leader, Councillor Mark Baxter said it was an “encouraging report” and described the trial as a “win-win” for the council.

“We have all had calls, I’m sure, from dismayed ratepayers who have been fined and they think it is harsh but it is a win/win for us,” he said.

“At the minute it is mostly cigarette butts and hotspots areas, going forward are we looking at targeting the rural villages and that sort of thing.”

Mr McCullough informed him the vast majority of litter in the borough is cigarette litter and confirmed all areas of the borough are being visited.

However, he noted only a few weeks into the pilot scheme, when WISE officers are in the smaller towns and villages, there had been very little activity to detect.

Councillor Julie Flaherty praised the work of officers in dealing efficiently with any queries she had and said members of the public had been in touch with her to complaining about the location of the patrols.

“They are fishing in a very busy pool and that is the problem I seem to be getting from my constituents,” said Cllr Flaherty.

“Maybe we need to do more on education. I don’t want the perception to be that these guys are the bad guys.

“It is a good job and we need them to do it but there are still a few wee niggles, especially in the town centres.”

Councillor Keith Haughian said he had to “respectively disagree” with Cllr Flaherty’s sentiments, telling the chamber he was of the view WISE officers’ role was to be the bad cop.

“Council’s role is education and these guys are enforcement because that is what we were missing,” he said,

“I have had a number of complaints about it and I have been a bit cross with people who tried to give me a wee bit of a sob story.

“I probably lost a few votes, but I don’t care, that is why they were brought in.”

He then went on to ask about the role of the council’s environmental wardens and asked if they would have more time now to go after landlords and tenants who are dumping material from their properties.

“In short the answer is yes,” said Mr McCullough. “These staff are allowing existing officers to concentrate their efforts a little bit more rather than being spread so thinly across the borough.

“That is what we hope to be able to use our officers to do, build upon the work they are already doing and be a wee bit more responsive to public’s concerns and members concerns.

“WISE officers are playing a slightly different role. I don’t want to create the perception that every interaction with a WISE officer results in fixed penalty notice, it doesn’t.”

Councillor Lavelle McIlwrath also described the scheme as a win-win for the council and praised the appeals process that, he claimed, has been proven to operate “robustly” where a mistake has been made.

Councillor Ciaran Toman asked if people could be advised where these officers were going to be and suggested that could lead to change in mindset.

The chair of the committee, Alderman Gordon Kennedy, said a change in mindset would be good but warned against letting the public know were officers were patrolling as a “fine would be a good enough warning for them”.