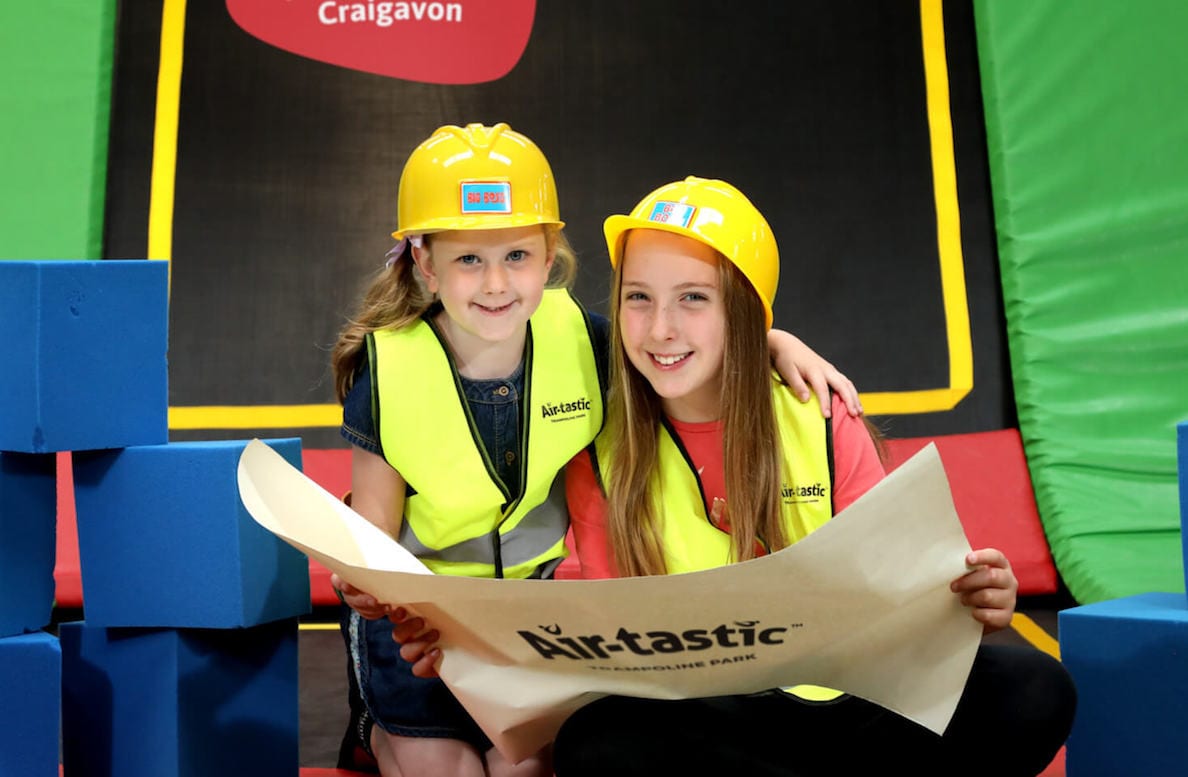 Reviewing the plans and lending a helping hand are Jessica Banks (left) and Felicity Ingrey (right).

A new Co Armagh trampoline park – which will create 30 jobs – will open shortly.

Armagh I first revealed plans for the state-of-the-art facility in May, at the site of the former B&Q at Highfield in Craigavon.

Now Air-tastic – the operator, part of the Funky Monkeys brand – has confirmed the shutters will come up on the 16,ooo sq ft trampoline park early in October.

The revelation comes less than two weeks after Armagh I revealed plans for another separate leisure development – an indoor golf course and licensed cafe – at a neighbouring unit within the Marlborough Retail Park.

The trampoline park will also include a café and birthday party rooms.

It will feature numerous fun zones and activities including a large quantity of interconnected trampolines, slide tower, giant airbag, gladiator beams, foam pits, hang tough rings and ball zones for games of dodge ball, basketball and aeroball to name but a few.Air-tastic says it will offer “gravity defying fun for all the family”.As well as the main trampoline park for those aged five and over, there is a special play zone for three to four year olds. And younger children can have fun too with a soft play area for babies and toddlers.Sharyn Ingrey, Area Manager for Air-tastic, said they were “very excited” about coming to Co Armagh.”We can’t wait to open,” she commented.”Our state of the art trampoline park is a destination for the entire family; whether you’re six months or 60 years of age there’s something for everyone. And it’s an ideal venue to host birthday parties and school or group outings.”Air-tastic currently has two trampoline parks, located in Bangor and Cork, with a number of other venues planned to open in Northern Ireland and the Republic of Ireland in due course.