A major extension is also planned to the factory to produce over 1,000 heat pumps a month by the end of this year and keep growing from there 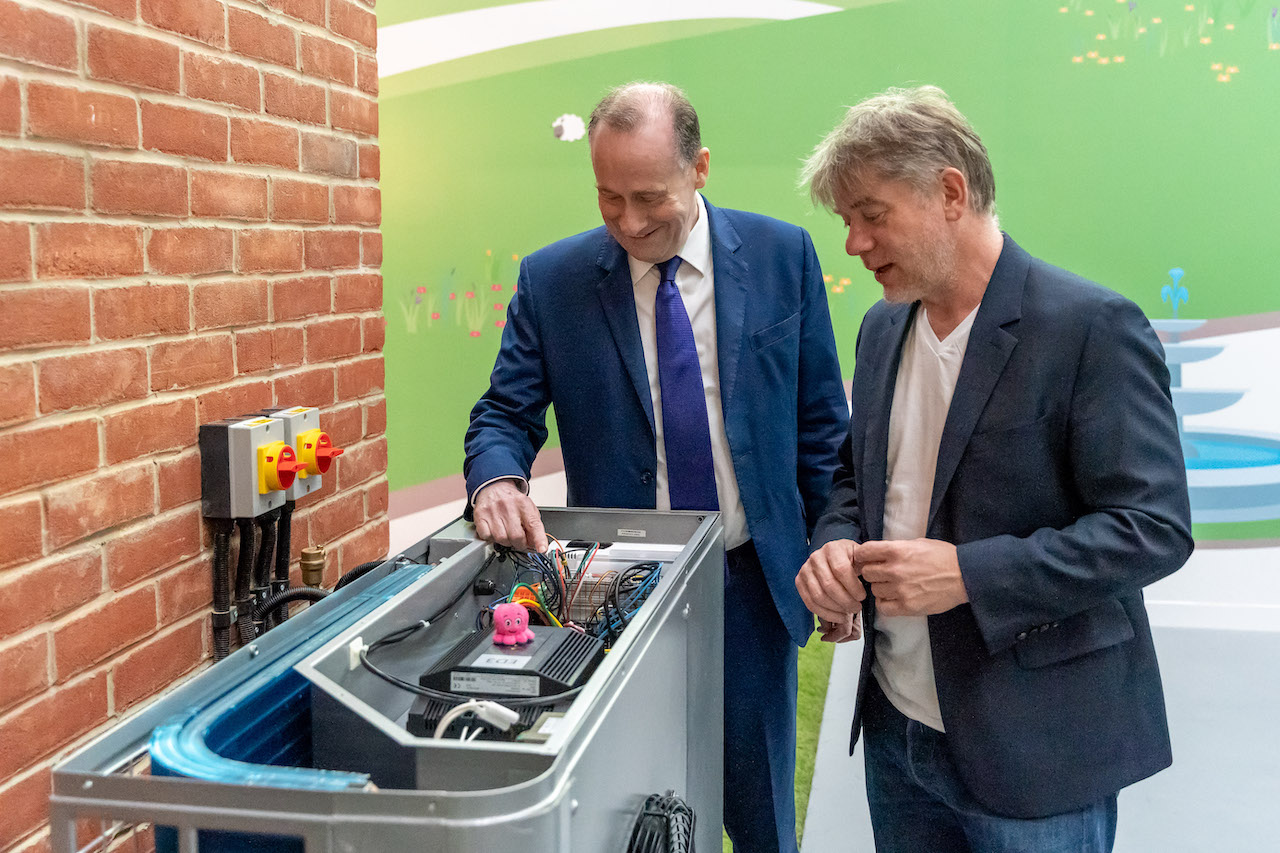 A Craigavon business is expected to see the creation of 100 jobs over the next two years after being acquired by a London-based company.

The multi-million pound deal sees Octopus take a controlling interest in Northern Irish firm RED, and full acquisition by the end of this year.

The partnership will disrupt the market, allowing the companies to build quiet, highly efficient and stylish-looking heat pumps initially for UK customers.The products will come in a range of different sizes, with a focus on smaller options suitable for the most common homes in the UK.

When bought with the government’s new Boiler Upgrade Scheme, they will cost about the same as a gas boiler. By scaling production, the partners are planning to bring costs down even further, with a view to eliminating the need for government support over time.

The investment is the latest in a long line of commitments Octopus Energy has made to building an industry around low carbon heating and heat pumps, following £10 million invested into the UK’s first research and development centre for the decarbonisation of heat based in Slough.

Octopus is expecting the factory to produce over 1,000 heat pumps a month by the end of this year and keep growing from there.

The partners are also in the process of scoping other locations to build further heat pump manufacturing facilities.

RED is a UK heat pump designer and manufacturer and the only one sourcing over 80% of parts for its products within the country.

The team, which is led by Dr Jason Cassells, designs and manufactures a range of innovative patented air source heat pumps in-house, including their controls, software and heating distribution systems, making low carbon heating more accessible and regionally sourced. The team will continue to be based in Craigavon.

Octopus plans to incorporate its “smart grid” technology into the heat pumps. This will enable the pumps to make the most of “spare” capacity on the electricity grid and distribution networks, and reduce the load at peak times – and lower running costs for customers.

For homes with electric vehicles and/or solar panels, the smart tech will further enhance efficiency – for example, solar panels could reduce heat pump running costs by as much as 70%.

Heat pumps are one of the main pillars of the UK Government’s roadmap for a greener and more secure energy future. In its Energy Security Strategy, which was published last week, the Government announced the launch of a Heat Pump Investment Accelerator Competition in 2022.

The scheme will be worth up to £30 million and aimed at making heat pumps in the UK, increasing the country’s energy independence by reducing the demand for gas.

Business and Energy Minister Lord Callanan said: “The Energy Security Strategy has laid out a future where we will be powered by homegrown renewable and nuclear energy and heat pumps using this cleaner, cheaper electricity will allow us to warm our homes.

“The government’s Boiler Upgrade Scheme will make grants of up to £5,000 available for fitting this green technology and together with private sector investment such as this by Octopus Energy, we’re making heat pumps an affordable, convenient and obvious choice for consumers – especially with global gas prices at record highs.”

Greg Jackson, Founder and CEO of Octopus Energy Group, added: “I am absolutely thrilled that Jason and his team are joining forces with us. Their huge talent has created exceptional technology for efficient, quiet heat pumps.

“This agreement will involve major investments into heat pump manufacturing, creating valuable green jobs across the UK and helping increase our energy security by getting more homes off gas, and drive down costs for customers.

“This is the ‘Model T’ moment for the heat pump industry. Thousands of heat pumps rolling out of RED’s Craigavon factory a month is just the beginning. Like the original Ford, we’re planning to scale production every year, cutting costs even further and making heat pumps affordable for everyone.”

Dr Jason Cassells, Founder and Managing Director of RED, said: “When I founded RED, I had a dream to make heat pumps affordable, to put as many heat pumps in as many homes as possible and to make green heating accessible to everyone.

“With Octopus’ financial backing, industry knowledge and tech expertise combined with our heat pump know-how, this dream will finally become reality. We’re at the cusp of a clean heating revolution, and Octopus is leading it.”

The UK Government is targeting 600,000 heat pumps to be installed every year by 2028. To accelerate this process and lower the costs of heat pumps, Chancellor Rishi Sunak recently announced that the government is scrapping the 5% VAT on home energy efficiency technology including heat pumps over the next five years.

In addition, the Government’s new Boiler Upgrade Scheme (BUS) is offering households a £5,000 grant if they install a new air-source heat pump in their home.