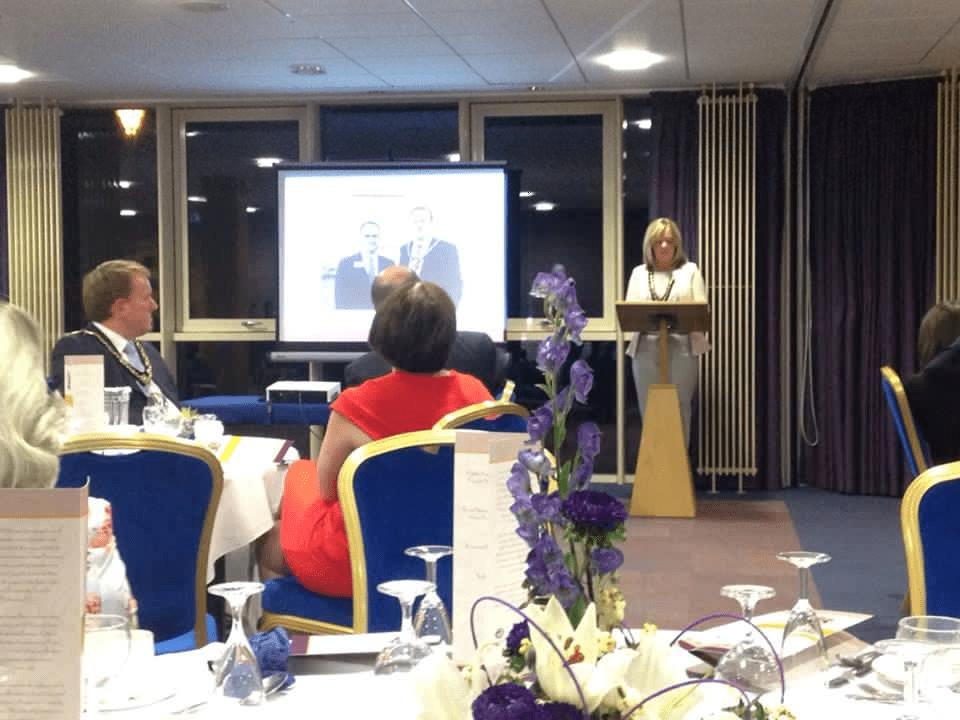 Craigavon Deputy Mayor Catherine Seeley has said she was delighted to speak at the recent Welcome Event in Craigavon Borough Council, for a delegation from Craigavon’s sister city, La Grange, Georgia, USA.

Cllr Seeley said: “Craigavon Borough Council has had a sister city relationship with the City of LaGrange in Georgia in the United States since 1993. Over the years there have been many visits back and forth and many relationships, in business, in the arts and in education have been formed between both councils.

“As the old Craigavon Council ends, I would urge the new ABC council to explore maintaining the linkages with the city of LaGrange, as well as any other such relationships across the new council area.

“I would like to thank those from both Craigavon and La Grange who have worked on these linkages over many years, and thank wholeheartedly the officials and elected representatives from La Grange for making the trip to Craigavon.”