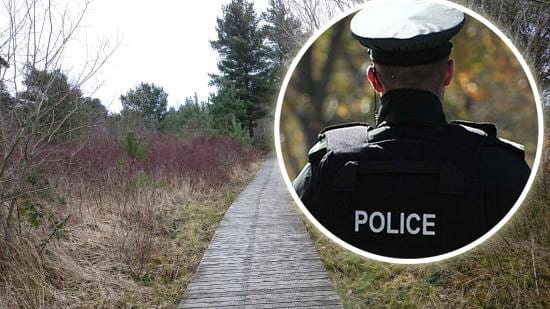 A  23-year-old man charged with raping a woman at Peatlands Park last week has been refused bail during a special sitting of Omagh Magistrates’ Court this morning (Monday).

Before the court was James Wright, of Derrylee Road in Dungannon.

During the course of this morning’s sitting, a police detective constable gave evidence and outlined that the injured party had been walking her dog at Peatlands Park.

It was alleged the defendant had circled the woman on his bicycle, and had grabbed her shoulders and then placed his hand over her mouth, telling her not to scream.

Defendant is alleged to have removed the woman’s clothes and then taken off his own shoes and trousers before committing the sexual offence.

It was also alleged in court that Wright put his fingers in the victim’s throat which caused her to choke.

The court heard that the defendant was arrested after police enquiries led them to his home, a short distance from Peatlands Park.

A description had been given by the victim and the court was told a black mountain bicycle and high visibility coat were found at the address, although a cycling helmet has not yet been recovered.

It was stated in court that Wright had provided little by the way of information and would not give samples for evidence, of an intimate nature, based on the recommendation of his defending solicitor.

He also said he did not want to answer when he was asked outright, during interview, if he had raped the woman at Peatlands Park.

The solicitor described Wright as “extremely vulnerable” and someone who was in the care of the local Health Trust.

Defence also asked that his client be treated as a juvenile.

Police accepted that Wright had no previous convictions but was known to them, not in a criminal regard, but as having applied in 2009 for a firearms licence, an application which was refused.

The detective constable also told the court they believed he posed a “serious” public risk, describing the crime which he had allegedly committed as a “random, impulsive and sexually motivated ambush”.

District Judge Peter King remanded the defendant in custody to appear again at Dungannon Magistrates’ Court, via video link, on May 18.

He also refused an application to prevent the accused’s name and address from being reported.