Roadworks projects costing over £225,000 to begin in county Armagh 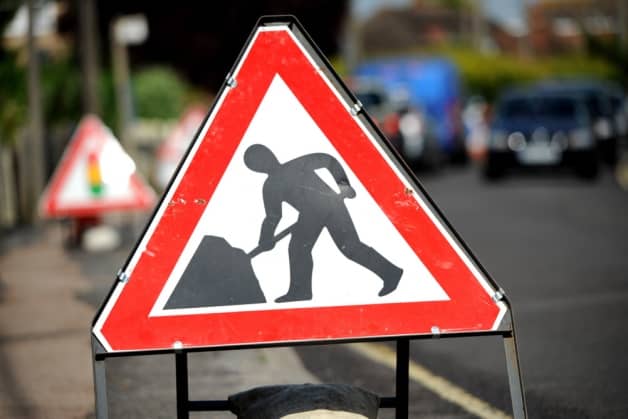 Two major roadworks projects totalling £225,000 about to commence in county Armagh next week.

A £150,000 resurfacing scheme has begun on Brownstown Road, Portadown while a smaller £75,000 scheme is underway on Banbridge Road, Lurgan.

The Portadown scheme will extend from Drumard Avenue junction to the off-slip from Northway.

Transport Minister Danny Kennedy said: “This £150,000 scheme represents a significant investment in the roads infrastructure in the Portadown area and road users will realise the long term benefits from the new road surface along this stretch.”

Preliminary works will start on Monday 27 July with lane closures in operation during the first week of work.

To help minimise disruption to road users and to meet strict Health & Safety Regulations it will be necessary to have a road closure in operation from Monday 3 August until completion of the works on 28 August.

Roads used in the diversions will include Armagh Road, Northway, Corcrain Road and West Street.

The diversion routes will be clearly signed.

Meanwhile, the scheme in Lurgan will extend from Ballynabragget Road to Ballylough Road.

To help minimise disruption to road users and to meet strict Health & Safety Regulations it will be necessary to have a road closure in operation from Monday 10 August until completion of the works on 24 August.

The diversion routes will be via Tullyraine Road, Gilford, Plantation Road and Waringstown Road and will be clearly signed.

TransportNI and the contractor will make every effort to minimise inconvenience, and would ask that the public exercise caution and patience whilst the works are in progress.

TransportNI has made every effort to programme the necessary works operations and traffic management arrangements to minimise inconvenience to the public.

Motorists, however, should be aware that some delays can be expected and they should allow additional time when planning journeys.

As with all works of this nature planned dates are subject to favourable weather conditions and TransportNI will keep the public informed of any unavoidable change.