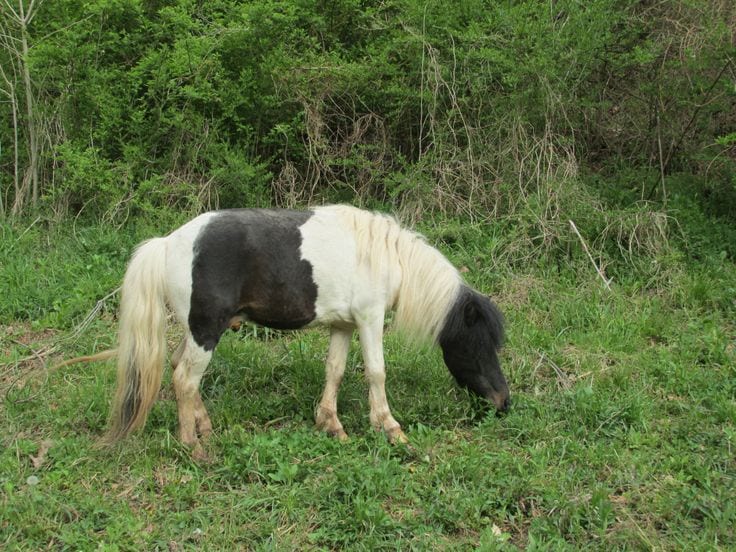 Up to 70 prosecutions are pending regionally over the alleged abandonment of horses and donkeys.

And there are fears that officers’ ability to cope with the situation could be severely curtailed as a result of funding cuts.

There have already been 30 successful prosecutions taken over the past two to three years.

The information came to light during a meeting of Armagh City, Banbridge and Craigavon Borough Council, when it considered a consultation response on the Review of the Implementation of The Welfare of Animals Act (NI) 2011.

Martina McNulty, the Chief Environmental Health Officer (Armagh), presented the report and revealed there had been 30 successful prosecutions locally over the past two to three years.

During the course of the debate, SDLP Councillor Thomas O’Hanlon referred to an animal sanctuary in Antrim on the verge of collapse, as it was overwhelmed with abandoned horses and underfunded.

He enquired how many abandonment cases came before Animal Welfare officers in the Armagh, Banbridge and Craigavon areas and what would be deemed “just cause” for them becoming involved, as there appeared to be little officers could do unless the abandoned animal was starved.

He also enquired whether any seized animals were sent from the council area to that particular sanctuary, which also had a contract with the PSNI.

Ms McNulty said councils had also been overwhelmed with the amount of complaints received due to the economic downturn and the decline in the equine industry.

She said that abandonment was a regional issue and officers worked closely with the PSNI with whom they had drafted a Memorandum of Understanding in terms of how they dealt with abandoned equines on roadsides.

She emphasised that, although abandonment could be dealt with under the Act, evidence was required on how long the animal had been there which could prove difficult.

She understood that DARD might consider increasing fines and suggested that it should perhaps also review the legislation on abandonment to avoid possible ambiguity.

Three years ago councils took over the statutory responsibility for enforcement of the Welfare of Animals (NI) Act 2011, in respect of ‘non-farmed animals’, such as domestic pets and equines (horses and donkeys).

The delivery and enforcement of the Animal Welfare Service by councils since the start of the service in 2012 has been fully funded by DARD.

But due to the demands on the service over the past two financial years, DARD provided additional funding.

To ensure that councils can work within the budget set by DARD, councils have adopted a collaborative regional approach to the enforcement of the legislation by appointing nine Animal Welfare Officers.

The service is delivered on a sub-regional basis, with officers based in Belfast, Armagh, Ballymena, Castlereagh and Omagh.

Since the introduction of this legislation, there has been considerable public, political and media interest in how the new powers are being enforced.

Much controversy arose concerning a high profile animal cruelty case in east Belfast in March last year, which was investigated and brought before the courts by the PSNI.

There was public outrage at the lenient sentencing in this case and consequently the matter was brought before the Northern Ireland Assembly on March 31, 2014.

Following the debate, the following motion was passed: “That this Assembly notes with concern the number of cases of extreme animal cruelty that have occurred recently, the low number of convictions and the failure to impose the maximum sentence available; and calls on the Minister of Agriculture and Rural Development, in conjunction with the Minister of Justice, to initiate a review of the implementation of animal cruelty legislation, particularly sentencing guidelines and practices, to ensure that the maximum effectiveness is being brought to bear to combat these crimes.”

A final report is due to be published by the middle of this year.

And the ACBCBC Council has now given its response to recommendations contained in the interim report – hitting out at the available funding.

The Project Board compiling the response welcomed this proposal and suggested: “In addition, if legislation is being amended consideration should be given to amending Abandonment section to ensure no ambiguity and that hence reduce impacts on budget.”

The multi-element report also states: DARD and the Animal Welfare Project Board continue to review the required level of funding for enforcement of the non-farmed animal welfare service.

The response, approved by the council, says that, back in 2011, the level of funding was determined by DARD for the next four years in the absence of any complaint statistics concerning non-farmed animals and equines.

And it adds: “The level of funding is currently set at £820,000. As stated in the review, a level of funding in excess of £820,000, similar to that received by councils in the two previous financial years, will be required if there is to be no reduction in the level of service for 2015/16.

“This is likely to be in excess of £1 million, depending on demand levels and associated variable costs.

“This will only allow councils to continue to operate a reactive service at full capacity, with no scope to further expand the service.

“Should it appear that the budget may not be sufficient to meet the full year’s demand then councils will have to consider a reduction in service to operate within the allocated budget.”