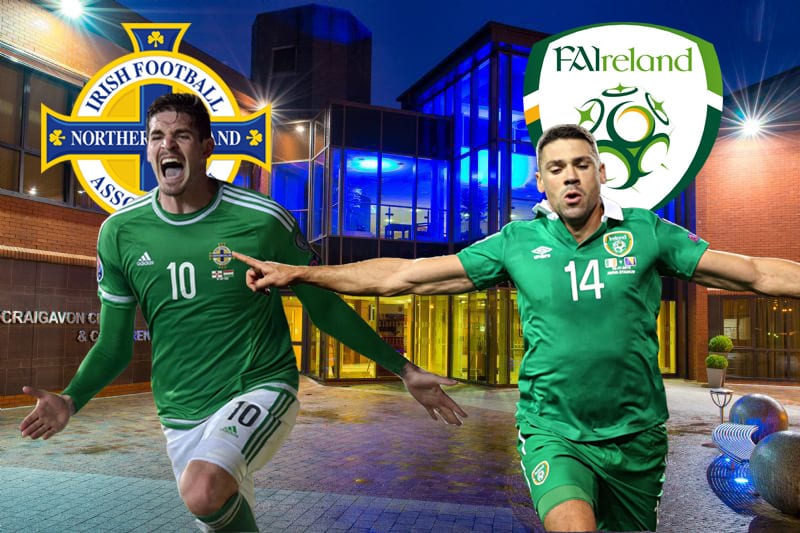 Both Northern Ireland and Repulic of Ireland games at next summer’s Euro 2016 tournament in France could be shown on large screens across the Borough.

The DUP’s Phil Moutray put a motion before last night’s council that all Northern Ireland games be screened, however, SDLP proposed an amendment – supported by Sinn Fein – that would see Republic of Ireland’s games also shown. Speaking on the issue Cllr Phil Moutray told Armagh I that the amendment, supported by numerous Ulster Unionists, seeks to belittle the achievements of Michael O’Neill’s side.

“The purpose of this motion was to highlight the unique achievement of the Northern Ireland football team in qualifying for their first ever European Championships, and their first major tournament since the 1986 World Cup,” said Cllr Moutray.

“Football fans across the country have been delighted with the efforts of Michael O’Neill, his players and staff, and this accomplishment is something many are very proud of.

“I feel that the amendment proposed by the SDLP and supported by Sinn Fein was, in my opinion, political posturing and I was surprised to see numerous Ulster Unionist councillors supporting this amendment.

“It seeks to belittle what the national football team have achieved. I have no issue in congratulating the Republic of Ireland on qualifying for the Euros, but no more than I would congratulate England or Wales. Indeed, I did so within the council meeting.

“However, to compare the Republic’s qualification with Northern Ireland’s is grossly misleading. Since Northern Ireland last went to a major tournament, the Irish Republic have appeared in the World Cup 1990, 1994 and 2002, and the European Championships in 1988 and 2012. Achievements to be congratulated, yes, but it shows that this is more business-as-usual for the Republic than the unique occasion is it for our national side.”

He added: “I was particularly grieved that the majority of Ulster Unionist councillors did not see it in this light, given the number of them who claim to follow our football team. The SDLP and Sinn Fein have never, to my knowledge, asked in any of the three legacy councils that we congratulate the Republic of Ireland on qualifying for major tournaments. I feel that this was amendment was an attempt to high-jack and demean my original motion.

“Anyone wishing to recognise any achievement in council is well within their rights to do so within opening announcements or bringing forward a notice of motion of their own. The SDLP and Sinn Fein failed to do this. Comparing the achievements and adding this amendment was, in my opinion, politicising something that should not be politicised. I know that this latest stunt will not deter us in celebrating Northern Ireland’s feat, and we will look to further investigating ways we can support the squad next summer.”

He told Armagh I: “With a player from the Borough on both the Irish soccer teams, it was only appropriate that we recognised on an equal footing the success of both teams in qualifying for the European Champions.”

He continued: “Sport can be a powerful tool to unite communities and, while the sentiments of the original motion were correct, they failed to recognise the diverse nature of the players and the supporters in this area. Thankfully, with support of other unionist councillors, the amendment was passed.

“I would like to acknowledge this display of maturity and I hope that this can be a sign of an increased positive, civic environment which breaks from the negativity of some of the old council structures.”