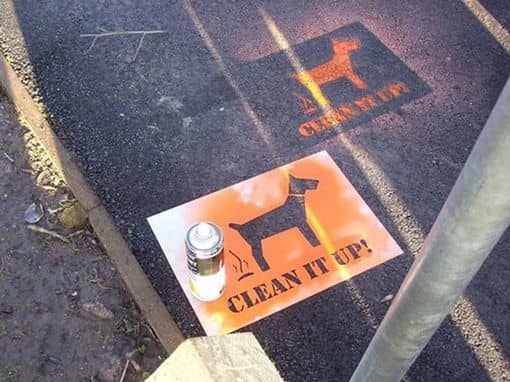 Controversial plans to ban dogs from certain areas across Armagh City and District, including the Mall, are to be considered further by the new super-council.

But that does not mean that the plans have by any means been axed.

If anything, they could now have to be extended, if proceeded with, to cover areas within Banbridge and Craigavon.

The new Armagh City, Banbridge and Craigavon Borough Council is considering a range of new dog orders across its collective area.

One of those will relate to dog fouling and it is the first to go forward.

It is already in place in the former Armagh and Craigavon Council areas allowing for an £80 fixed penalty in both of these areas.

These will have to be revoked and the new order advertised and introduced as policy.

The Fouling of Land by Dogs (Armagh City Banbridge and Craigavon Borough Council) Order will mean that, if a dog defecates at any time on the land and a person who is in charge of the dog at that time fails to immediately remove the faeces from the land, that person will be guilty of an offence.

This applies to all public land except that under the control of the Department of Agriculture and Rural Development, usually forest parks, and private lands.

Armagh and Craigavon Councils implemented orders regarding the Fouling on Land by Dogs in 2013 and 2014 respectively, which enabled the fixed penalty fee to be increased from £50 to £80.

In order to harmonise the legislative provisions relating to the fouling of lands across the new council area it is proposed to extend it across all three areas.

The orders previously made by Armagh and Craigavon Councils will require to be revoked when a new order is made.

The Act also makes provision for the use of fixed penalty notices for breaches and these will be set at £80 – with no discount amount.

Part of the process of implementing the order involves the undertaking of a consultation exercise across the council area by means of public advertisements through the council website and social media.

This will seek the views of ratepayers and other interested parties with comments invited by email and in writing.

Following a four week consultation period, the council will consider the representations and decide whether or not to proceed with the order and the date upon which it comes into force. In the meantime, dog fouling offences will continue to be dealt with by the issue of a £50 fixed penalty in the Banbridge area and £80 in Armagh and Craigavon until the new order would be introduced.

In relation to the other orders proposed across Armagh City and District last autumn, it has been agreed that further consideration will be required.

Armagh I exclusively revealed the plans several weeks before they were officially advertised.

Last November, Armagh City and District Council carried out a public consultation exercise on the proposed implementation of three dog control orders – The Dogs on Lead by Direction Order, The Dogs on Leads Order and The Dogs Exclusion Order.

The proposed orders were advertised, requesting feedback and saw 45 responses received from the public and five internal responses.

The Clean Neighbourhoods and Environment Act (NI) 2011, which came into operation in April 2012 enables councils to create dog control orders to help strengthen the legislative powers available to deal more effectively with a range of local environmental quality problems, including dog control.

The Dogs on Leads Order would mean that a person in charge of a dog will be guilty of an offence if he does not have his dog on a lead.

Of the responses received by Armagh Council, 60% were against the proposal, with 11% for and 29% classified as ‘not determined’.

The Dogs on Lead by Direction would require all dog owners to put their dog on a lead if instructed to do so by an authorised officers of the council.

Nobody was in opposition to this order, with 18% in favour and 82% ‘not determined’.

The Dogs Exclusion Order would mean that a person in charge of a dog who takes a dog into; or permits a dog to enter; or to remain in an area where dogs are excluded, would be guilty of an offence.

Armagh I revealed early in October that play parks, sports pitches, golf courses and even some graveyards could become ‘no go’ areas for dog owners under this order.

The consultation responses saw 9% opposed to its introduction, with 29% in favour and 62% ‘not determined’.

The new ACBCBC Council, at its environmental services committee, agreed that “further consideration will be required cross departmentally before steps are taken to implement further Orders including Dogs on Leads; Dogs on Leads by Direction; Dog Exclusion and Maximum number of Dogs”.

It was reported that an assessment of need will be carried out to identify designated areas for these specific Orders, and consideration will be given to the findings of the previous public consultation carried out in the Armagh area.

Councillors have been told that any further proposed orders will require additional consultation, changes to existing practices and procedures, the development of staff capacity and effective communication with the public on the implications.

There have also been financial implications to consider too, which will include a review of dog fouling signs and bins to be undertaken and updated signage with the relevant information and fixed penalty rate required.