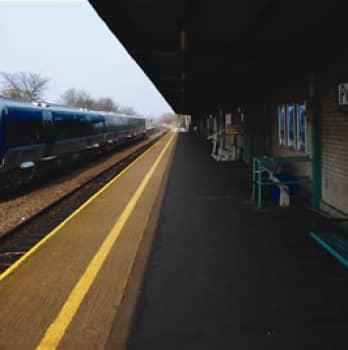 Armagh City and District Council is considering appointing consultants in an effort to make the Armagh to Portadown rail link a reality, Armagh I can reveal.

It will be a fresh boost for the campaign to have the line reopened after strict Stormont budget cuts revealed in July made it look as the campaign was dead in the water.

A report is expected to be brought before the Council shortly for consideration which could help get it back on track.

Ulster Unionist Cllr Jim Speers recently raised the possibility of the Council appointing consultants to work with DRD and the Transport Minister with a view to having the line, which closed in the 1950s, reinstated.

At the Armagh Council monthly meeting at the end of July, he enquired whether there had been any consideration as to how Council would bring that forward.

Cllr Speers believed that, if they progressed the matter quickly, then “some results could be achieved”.

Discussions were due to be held with party leaders at the end of August.

A report on that matter will be brought before Council for further consideration.

Transport Minister Danny Kennedy has previously expressed his desire to see the reopening of the line, but he has always insisted that will depend – obviously – on funding.

News of the possibility of consultants being employed to work in partnership with Transport NI and Minister Kennedy will come as a huge boost to local campaigners who have worked relentlessly to try and get the Armagh-Portadown rail link reopened.