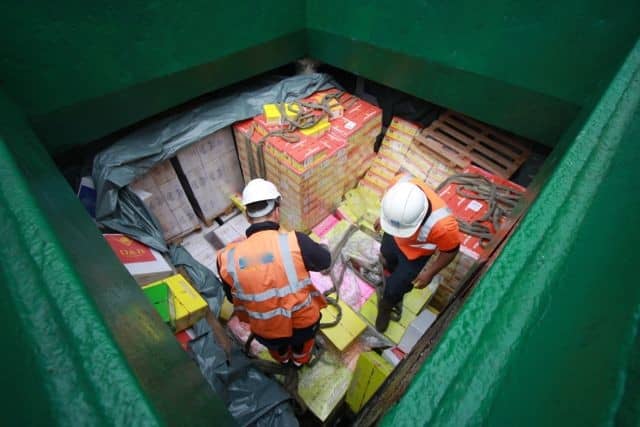 A 56-year-old company director has been arrested in connection with a suspected tobacco smuggling fraud worth an estimated £11 million.

HM Revenue and Customs (HMRC) officers carried out searches of a private address in the Widnes area of Cheshire on Tuesday, where they seized computers, phones and business records relating to the fraud.

The arrest follows the seizure of 32 million illicit cigarettes and nearly five tonnes of shisha tobacco by officers from the Revenue’s Customs Service and the An Garda Siochana in Drogheda on Tuesday.

The smuggling attempt involved millions of cigarettes and tobacco destined for the hidden economy in both the UK and Ireland.

Mike Parkinson, Assistant Director, Criminal Investigation, HMRC, said: “Excise fraud is not a victimless crime. Working together in partnership with our colleagues in the Republic of Ireland and the Organised Crime Task Force, we can target global criminal networks more effectively and leave those involved with nowhere to hide.

“Cigarette smuggling is organised crime on a global scale. The gangs behind this form of criminality are motivated solely by greed and personal gain. Their criminality costs the UK taxpayer alone around £2 billion per year in unpaid duty, and smuggling of this magnitude could devastate our local economies.”

The man was interviewed by HMRC and has been released on bail. Investigations are continuing.