Coalisland escapes parking tickets for fourth year in a row 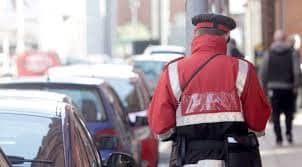 For the fourth year in a row, no parking tickets have been issued in Coalisland, Co Tyrone.

He said: “When one compares Coalisland with towns of similar size and smaller, where traffic wardens and enforcement is prioritised, one is left considering why exactly Coalisland is exempt from parking regulation, which is taken for granted in other towns.

A spokesperson for DRD Roads Service said previous attempts to provide additional waiting restrictions in Coalisland had been unacceptable to councillors, traders and members of the Coalisland Regeneration Partnership.

“Roads Service is currently working in partnership with this grouping to develop parking restrictions that would be acceptable to all members,” they said.

Towns and villages in Co Armagh did not escape attention.

In Keady, 62 tickets were issued. Previously parking attendants had come under fire after issuing tickets to mourners attending a funeral in the town.

Markethill motorists flouting parking regulations were slapped with a total of 85 tickets, Richhill 10 and Tandragee 15.

Crossmaglen also escaped the watchful eye of traffic attendants when it came to erroneous parking last year. Moy had 72 and other local villages, including Loughgall, Poyntzpass, Killylea and Middletown, were also among those to escape unnoticed.

Armagh turn on the style in drive for promotion