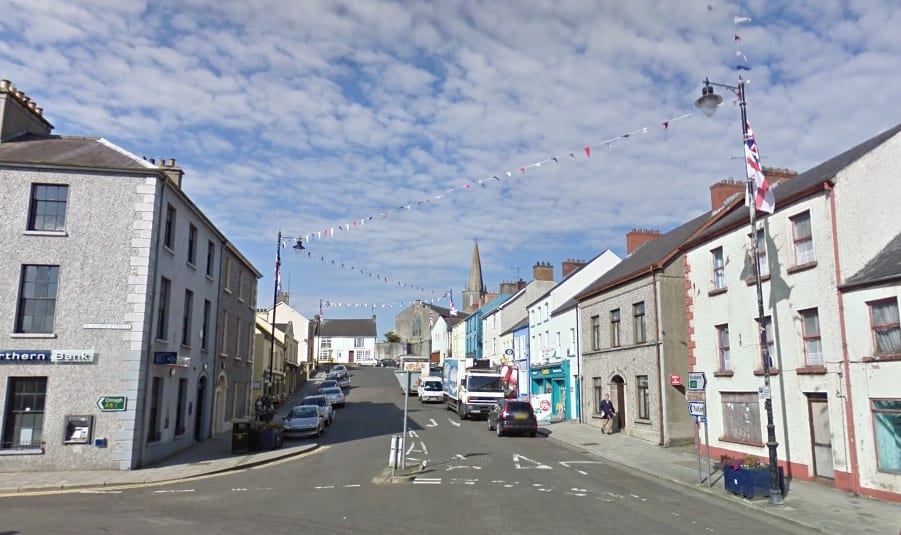 The traditional marching season comes to an end for another year tomorrow with tens of thousands expected to attend Last Saturday demonstations in five locations.

The local members of the Royal Black Institution will be joining with Sir Knights in County Tyrone for the annual demonstration, which this year is being hosted in Newtownstewart (pictured). Sir Knights from Primatial (Armagh) and Summerisland (Loughgall) will parade in the County Tyrone venue alongside others from Aughnacloy, Killyman, Strabane, Omagh, Castlederg, East Tyrone and Monaghan.

The procession will leave from the Baronscourt Road at midday and the field is located at Castle Brae, where the main speaker from the platform will be the Institution’s Sovereign Grand Master Millar Farr.

A total of 84 preceptories will be taking part, accompanied by bands, and the parade will take the same return route.

The largest of the five parades tomorrow will be the County Down Last Saturday, which will take place in Kilkeel.

A total of 107 preceptories from across 13 districts will be in the County Down town for the parade, which will leave from the Newcastle Road, close to the Leestone Road, at 11.30am.

They will follow a two-mile route, which takes them through the centre of Kilkeel and on to the field on the Manse Road. There the Rev Kenneth Hanna will lead a service, while the main speaker is the Rev William Bingham.

The return parade will depart at around 4pm.

Police say motorists are advised to expect delays in Kilkeel between the hours of 10am and 6pm. Heavy goods vehicles are urged to avoid Kilkeel and seek an alternative route.

Meanwhile, Banbridge will play host to the Belfast Royal Black, where the 59 preceptories will be accompanied by in excess of 30 bands.

A service will take place before the procession leaves at around mid-day from Church Street, making its way through the town centre.

As is traditional, a number of visiting bands from Scotland will accompany the Sir Knights.

Other Last Saturday demonstrations will also be taking place tomorrow at Lisburn and Portstewart.

Two men due in court following police pursuit and crash