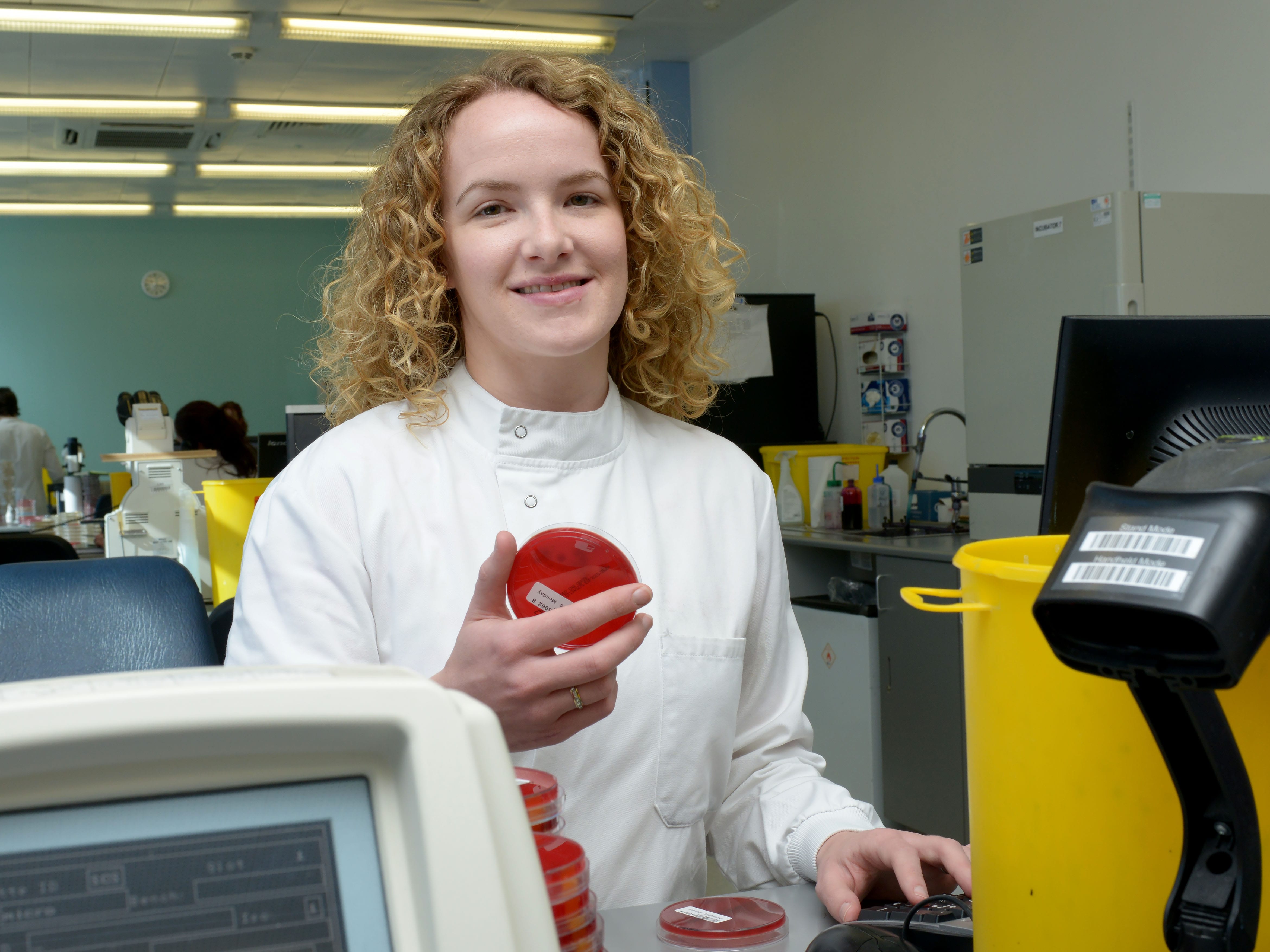 It takes something special to volunteer to put yourself at risk by going out to help others at the height of a deadly disease pandemic.

But local biomedical scientist Amanda Moffett did just that – and feels much the better for it.

Amanda, who works in the microbiology lab at Craigavon Area Hospital, was in fact the first biomedical scientist from Northern Ireland chosen by Public Health England to work in West Africa to help combat the alarmingly swift spread of ebola.

Ebola is an infectious and generally fatal disease, marked by fever and severe internal bleeding and which is spread through contact with infected body fluids.

Amanda knew she had to do something when she witnessed the devastation which was being caused.

Now, just returned from working in an ebola testing lab in Sierra Leone, she has spoken openly of what she saw there and how she hopes the experience will bring benefits in her working role within the Southern Health Trust.

After a week’s intensive training at the Porton Down Reference Lab in Salisbury, Amanda was placed with The International Medical Corps, which runs the Ebola Treatment Centre.

Here she worked in the testing lab for five weeks, examining samples from the treatment centre and the surrounding community. “There was a spike in cases when we arrived and the treatment centre was full to capacity, meaning long busy days with a much heavier workload than we had anticipated,” explained Amanda.

“Whilst the circumstances were often trying, working in high temperatures, without the usual home comforts and having to restrict our movements for safety, these were minor sacrifices compared to the poverty and devastation that ebola was causing all around us.”

Amanda gained so much from her time there, both personally and professionally.

“I had an amazing experience and found it really rewarding to have been able to use my skills in some way to help those less privileged than we are,” she added.

“Seeing the reality of this disease has had a much greater impact than watching the news reports on TV.

“It has given me a much better understanding of how poor healthcare and diagnostics are in developing countries and a renewed appreciation of the standards of treatment and facilities we have in Northern Ireland.”

Since she has returned, Amanda has been sharing her experience with colleagues.

Among them in Elaine Porter, the acting lead biomedical scientist for the Southern Trust, who paid a personal tribute to Amanda. “We have a highly skilled team working in our labs and are always keen to keep up to date with the latest developments in microbiology,” said Elaine.

“We were delighted to support Amanda on this venture and currently have another biomedical scientist on the programme.

“Whilst across Northern Ireland we have been training on how to deal with a clinically suspected case of ebola, we are reassured that in the Southern Trust we have staff with hands on experience of this disease.

“This programme has offered an invaluable experience in an extremely pressurised environment which is a great asset to our team in providing high quality laboratory services to local people.”

Main picture: Amanda Moffett, biomedical scientist from the Southern Trust, who has just returned from working as a volunteer in an ebola testing laboratory in Sierra Leone.

Inset: Amanda working in an isolator in the ebola testing lab in Sierra Leone.