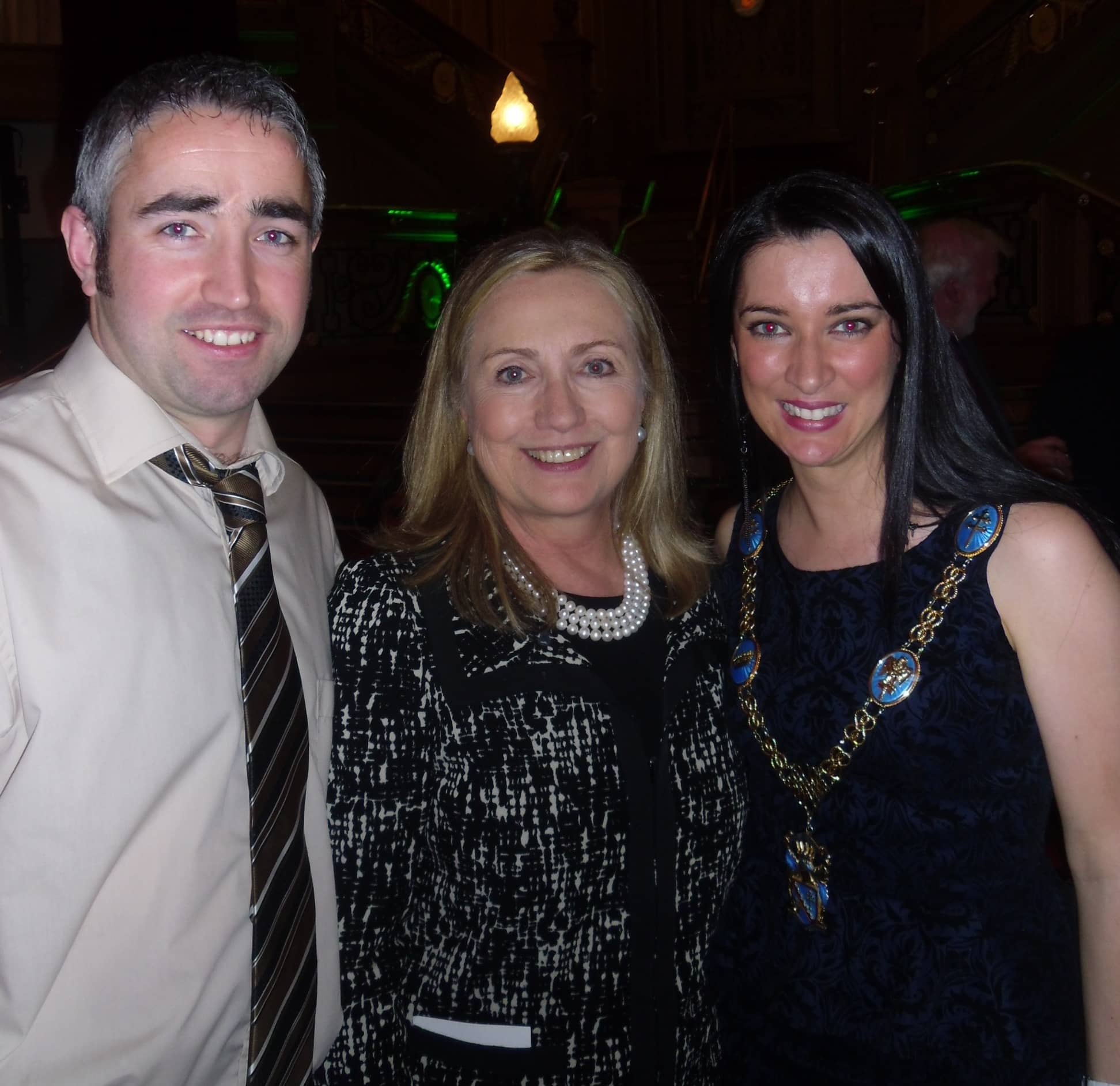 FORMER United States President Bill Clinton and his wife, US Secretary of State Hillary Clinton, could be returning to Armagh in the not-too-distant future.
The Clintons were in the city back in September 1998, for a special ‘Gathering for Peace’ on the Mall, when thousands turned out to hear them speak.
They shared the stage at that time with then Prime Minister Tony Blair, former Northern Ireland Secretary, the late Mo Mowlam, and Northern Ireland’s first First and Deputy First Ministers, David Trimble and Seamus Mallon.
The stage could now be set for a return after an official invitation by Armagh Lord Mayor Sharon Haughey.
She too shared the platform with the Clintons on that historic evening, a letter written by the young Sharon – an impassioned plea for peace – having moved the former President to request Armagh’s inclusion on his first visit to Northern Ireland.
Sharon Haughey – who began her career in politics with the SDLP Youth – also worked in the US for a time under the guidance of Hillary Clinton, now Secretary of State of the world’s most powerful nation.
During her recent visit to Northern Ireland, Hillary Clinton was delighted to renew acquaintances.
Lord Mayor Haughey – who is due to be married this Saturday – was also thrilled to meet up with her long-time friend and former boss, and to introduce her to fiancé Gerard Grimley.
Speaking after a private meeting with the US Secretary, the Lord Mayor said: “I was thrilled to welcome Hillary back to Ireland. She and Bill Clinton have always been good friends to this island and its people and it’s great to see they continue to have a love and interest in this country.
“I was honoured to have the opportunity to meet Hillary privately before a beautiful lunch at the Titanic Belfast. During that meeting Hillary expressed her and her husband’s delight that I was now Lord Mayor of Armagh City. She also recalled her fond memory of Armagh, back in 1998.
“I used this opportunity to officially invite Hillary and Bill Clinton back to Armagh, and I was absolutely delighted when she agreed to come back at my request.
“It will be a great day for Armagh to welcome back the Clintons and I very much look forward to showing them how far our city has come from their first visit in 1998. I will now be liaising with the Clintons to arrange their visit.”
Following their private meeting, Hillary Clinton praised Sharon Haughey in her keynote speech at the Titanic and expressed her good wishes to Sharon and fiancé Gerard Grimley as they prepare for their big day.