Areas affect are expected to be Armagh, Newry and parts of Co. Tyrone 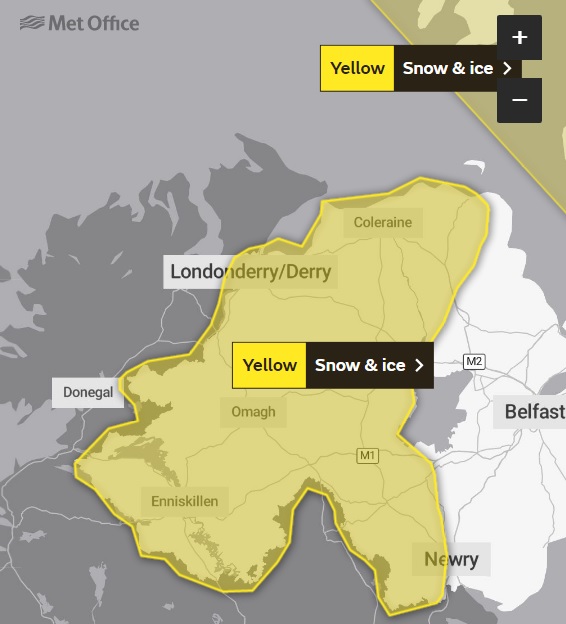 Motorists are advised to take care this evening from 8pm into tomorrow morning (Friday) as the Met Office has issued a yellow warning for Frequent sleet, hail and snow showers.

The Met Office further states that frequent wintry showers will be arriving from the west this evening and overnight, which are likely to lead to a covering of snow for areas above 200m (mainly around 2-4 cm, possibly as much as 5-10 cm over highest ground where showers are most frequent).

Falling snow below this level may cause some temporary slushy accumulations which then may freeze and cause dangerous, icy patches where skies remain clear for long enough.

Winds will be gusty around heavier showers and there is also a small chance of lightning strikes from isolated thunderstorms in the northwest.