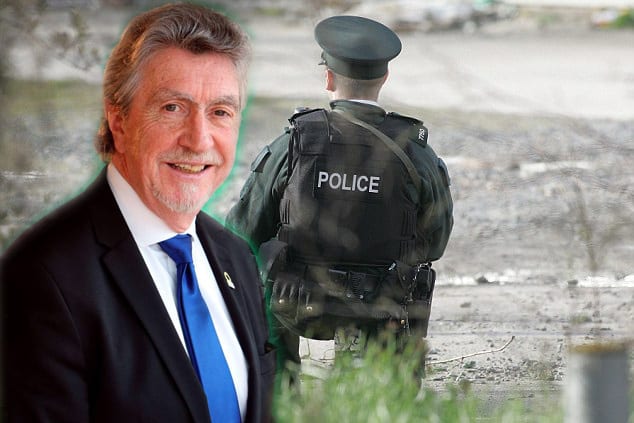 A car which was run off the road by PSNI officers without warning is the latest incident in policing double standards, according to Newry and Armagh MP Mickey Brady.

Mr Brady and Sinn Fein colleague Conor Murphy recently held a “frank and forthright” meeting with PSNI officials to discuss what he describes as their “conflict approach”.

“We are deeply disappointed with what at times seems to be a conflict approach to policing in South Armagh from certain elements within the PSNI,” he said.

“There is a palpable sense of frustration in the community at the PSNI’s perceived inability or unwillingness to tackle existing crime and criminal gangs yet at the same time descending on others in a heavy handed, almost military fashion.

“There have been numerous incidents over the past several years that have led to this perception and it has only been exacerbated by a recent arrest in which a car was run off the road without warning.

“In other parts of the north similar investigations are pursued with a phone call and a request for the individual to attend their local police station. But there seems to be an attitude that in South Armagh you adopt a reckless, amped-up gung-ho approach.

“When people see huge numbers of officers raiding homes but they can’t get a police officer out to a robbery it damages confidence.

“Sinn Féin has been working hard for the past ten years to deliver an effective, accountable policing service. While much great work has been done to move towards inclusive community policing, incidents such as these could set those relationships back.

“We were very direct about the need for the PSNI to police with the community, not police the community.  Communities in South Armagh want and deserve a police service they can count on; they have moved on from the past, it’s long past time elements within the PSNI did the same.”

‘My first idol in life’: Brother’s tribute to man who died in accident