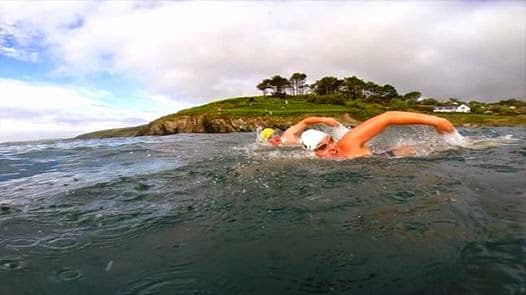 A south Armagh distance swimmer has become the first woman from Northern Ireland to swim across the North Channel.

And, not just that, Irish champion Colleen Mallon, from Camlough, came close to setting a new record.

Colleen, who has previously swum at Rottnest, in Perth in Australia, and at Lake Windermere in England, completed the gruelling challenge in a fantastic nine hours and 56 minutes – just 21 minutes short of the record set last year by American swimmer Michelle Macy.

Newry and Armagh MP Conor Murphy, who also lives in Camlough, paid tribute, describing it as a “marvellous achievement”.

“Colleen and, indeed, the Mallon family are fine ambassadors for Camlough and for sport,” he said. “They are recognised nationally and internationally for their sporting achievements. We all are very proud of Colleen’s solo North Channel swim.”

Colleen’s swim began in Donaghadee and supporters were waiting in Scotland to welcome her ashore after successfully swimming through the 21.4 miles of the notoriously difficult waters.