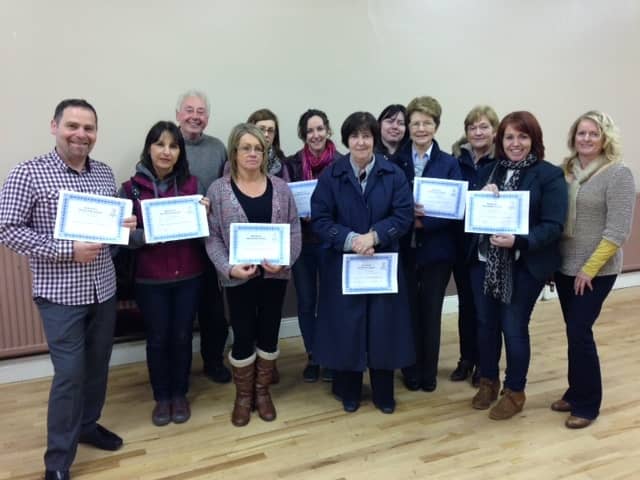 There has been a call for greater provision and accessibility of suicide preventative measures.

Armagh City councillor Mary Doyle made the call after attending a ‘Preventing Suicide in the Community’ seminar at Ballymacnab Hall.

The event which was hosted by the Ballymacnab Community Development Association and facilitated by Philip McTaggart from PIPS was attended by local members of the community. The focus of the course was to provide participants with the necessary and relevant intervention skills to prevent someone from taking their own life.

Speaking after the event, councillor Doyle, who helped organise the course said: “Suicide remains one of the biggest killers across our island, and Ireland ranks fourth highest in the EU in terms of death by suicide of young people.

“In recent years there have been as many as 500 suicides per year. These facts are unacceptable and we all have a responsibility to help prevent such deaths. Following the local interest in the recent course at Ballymacnab, I’m calling on the Department for Health and Social Services to prioritise suicide awareness over the coming years by developing a cross-departmental and all-island strategy to make suicide awareness more accessible across our sports clubs, schools and community groups.

“I’ll also be writing to my colleagues, John O’Dowd and Caral Ni Chuilin, the respective Education and Sports Ministers with similar requests.”

Concluding, the Sinn Féin representative said: “I’d like to congratulate those who participated in the recent course and confirm that I intend to facilitate a further seminar for the local community in the future.

“I’d also like to thank Ballymacnab Community Development Association for hosting the event and Armagh City & District Council for their assistance. I would urge anyone who feels they need help to please talk to someone and get help, anyone who would like to speak directly to PIPS for support or advice can phone: 028 9080 5850 or visithttp://mindingyourhead.info/service/pips-belfast