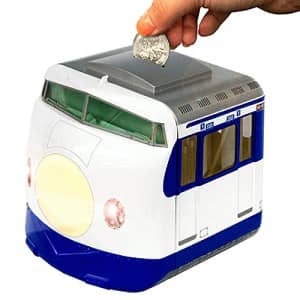 Armagh’s hopes of seeing the reopening of the Portadown rail link and progress on major link roads around the city have suffered a huge setback today, with the agreement of the latest spending round at Stormont.

Transport Minister Danny Kennedy has previously expressed his desire to see the reopening of the line, but he has always insisted that will depend – obviously – on funding.

But as Finance Minister Simon Hamilton today unveiled, in a statement to Stormont, a significant reallocation of financial resources across Executive departments, a bleak future looks in store and it seems unlikely that any funding will be found for such projects any time soon.

All departments – with the exception of Health and Education – will see immediate budgetary cuts of 2.1 per cent.

And there is worse to come, with a greater 2.3 per cent cut for departments coming round in October.

Sadly, trains and link roads will fall far down a priority shopping list on a day when the Finance Minister declared: “This means less money to create jobs, police our streets and create safer roads.”

This afternoon the Minister issued a written statement to the Assembly on the outcome of 2013-14 Provisional Outturn and the 2014-15 June.

And the forecast is far from good.

A key feature was the £78 million reduction to departmental resource budgets.

On this issue, the Minister said: “Given the significant pressures facing the Executive’s budget this year, it has been necessary to agree an immediate 2.1% reduction to departmental resource budgets in order to provide funding for a range of Executive commitments, such as the Historical Institutional Abuse Inquiry and Local Government Reform, and a much needed allocation of £20 million to the Department of Health.

“These reductions have not been applied to Health or Education.”

At the same time, the Department of Health got its knuckles rapped for overspending, with a stern warning to ALL departments that the Minister did not want to see this happening again.

Mr Hamilton also expressed his frustration on the issue of welfare reform, saying: “Further reductions to departmental budgets amounting to £87million will be required as a consequence of welfare reform not progressing.

“The Executive has agreed that these reductions should occur in the October Monitoring Round. This will cause further pain across departments and will undoubtedly have a detrimental impact on our public services. Those failing to proceed with welfare reform bear sole responsibility for the dire consequences that will follow.”

On a more positive note, the Minister also set out capital allocations of £90million.

Commenting on those, Mr Hamilton added: “The capital allocations in this round will not only provide a boost for our local economy, our construction sector and first time house buyers, but will also deliver future savings to our hard pressed resource budget.”