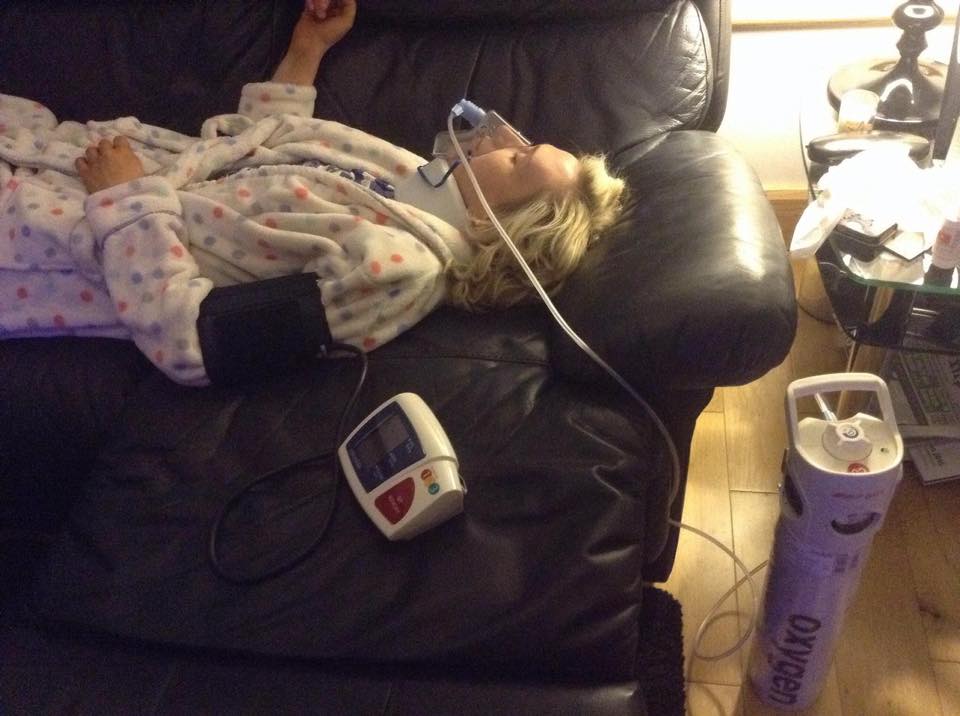 It is over three years now since the 23-year-old, from Belleeks, was diagnosed with Ehlers Danlos Syndrome (EDS).

The inspirational Séanín also fulfilled her dream of graduating from the University of Ulster in July.

But family have said the young woman has been experiencing “difficult times”.

Following a trip to London in June, Séanín was diagnosed with cranial instability and, as a result, was told she needs fusion stabilisation surgery. Sister Louise, who has been running a Facebook page to keep people updated and raise funds, says Séanín’s health has been “on a fast track downhill”.

She said: “She finds it extremely difficult to hold her head up, requiring a neck brace for support. She has been having frequent blackouts due to her PoTs becoming worse with the cranial instability and spends most of her day lying flat on the sofa with her legs raised.

“With increased dizziness, travelling to hospital and doctors appointments has also become increasingly difficult for Séanín. On top of this, she has been having difficulty with her breathing and has begun using oxygen on her particular bad days.

“As a result of the cranial instability, Séanín has been losing the power in her arms and is having trouble with the grip in her hands as well as her mobility being greatly affected.”

Séanín was due to have a few minor procedures carried out over the summer in hospital, but they were not able to proceed as the doctors and anaesthetists told her they could paralyse her.

Louise explained: “Everything has been put on hold over the summer and things seem to be going backwards for Séanín rather than moving forward. It is crucial she has this surgery, however it is usually carried out in the U.S. and, with Séanín’s deteriorating health, she isn’t able to travel there to have it done.

“With the professors in London working closely with Professor Henderson in America, it is hoped that Séanín will be one of the first patients to have this surgery carried out in the UK.”

The Belleeks woman will travel to London at the end of the month for a consultation.

And, while there, will find out if the neurosurgeon will go through with this surgery.

“Naturally, Séanín is very anxious about this decision as she has so much resting on this,” said Louise. “Without this surgery, Séanín’s quality of life is continuing to decrease, therefore it is vital she gets it done as soon as possible before things get any worse.”

Supporters will now be accelerating their fundraising activities to help.

A grand Christmas raffle is planned and more details will be made available in the coming weeks.

Businesses are being encouraged to show their support and, if possible, donate prizes.

They can contact the campaign via email at thefightoncampaign@gmail.com

A big ‘Valentine’s Ball’ is also being planned for Saturday, February 13 next year and, once again, it is hoped that the community will come out and show their support.

Séanín and her family are incredibly grateful for all the support received to date.

Louise added: “We would like to extend our gratitude to every one of you who have continued to support Séanín and her family through all of this.

“Without all of your kindness, Séanín wouldn’t have this opportunity and we can’t thank you all enough. We urge you to stay with us and follow Séanín on this journey, continuing to keep her in your prayers.”

Keep up with the latest news and fundraising activities On the The Fight On Campaign For Séanín page on Facebook.