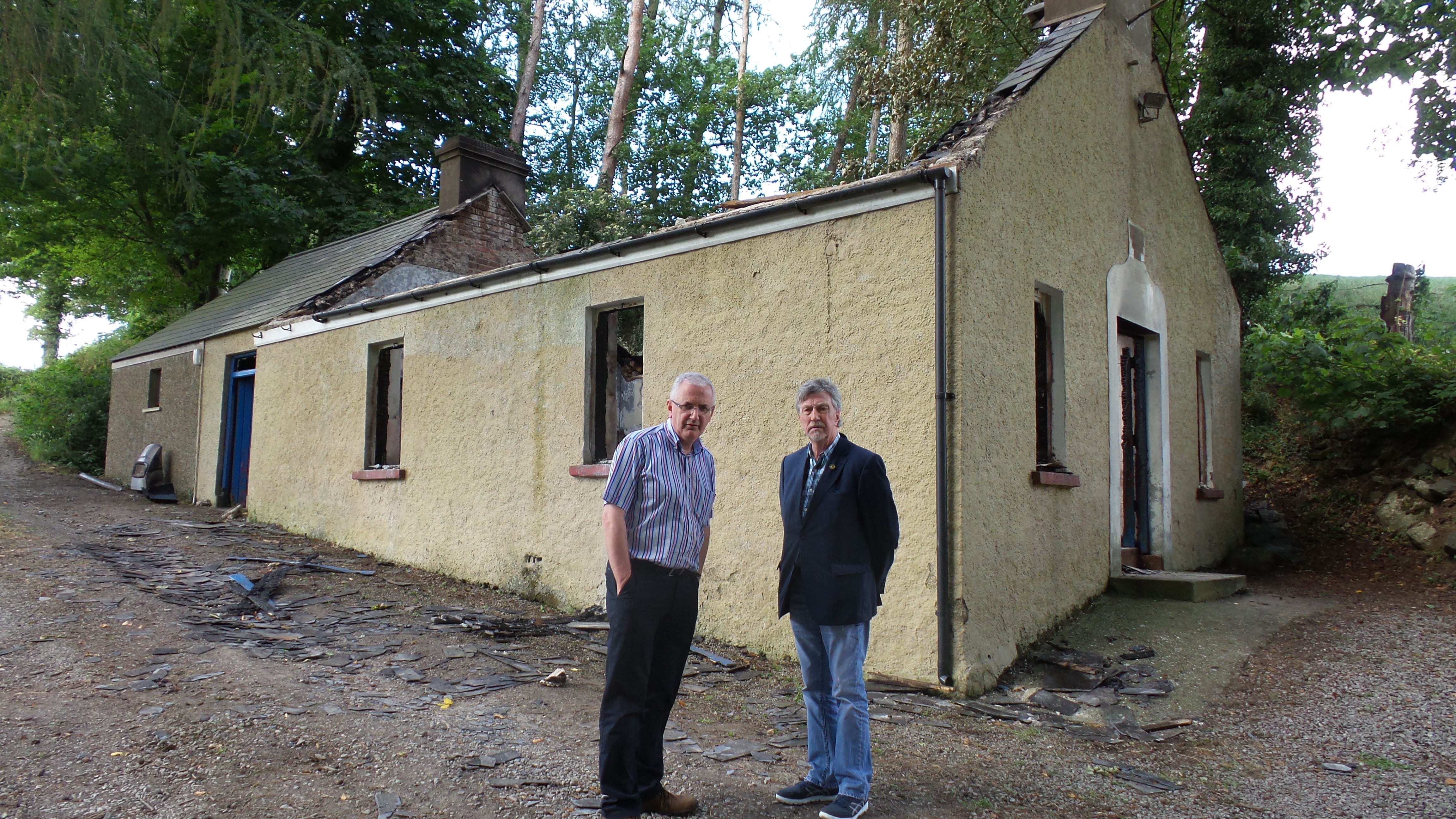 Newry and Armagh MP Mickey Brady has met with unionist representatives to express his condolences after an Orange Hall at Loughgall was gutted in an arson attack.

The Ballytyrone Orange Hall, on the Creenagh Road, was targeted late on Thursday night.

The Sinn MP said he visited the Ballytyrone Orange Hall to express his condolences to the lodge members and offer whatever help he could. Mr Brady said: “Those people who deliberately targeted and destroyed an Orange Hall offer nothing to any community and do not represent the vast majority of people in the area who are disgusted by the attack.

“This was a sectarian hate crime, pure and simple, and sectarianism does not have any place in republican ideology and needs to be opposed every time it raises its head.

“The Orange Hall was a community asset and should have been respected as such and I am sure the entire community will rally around in order to see this hall restored again as soon as possible.”

Picture: MP Mickey Brady and MLA Danny Kennedy at the site of the Orange Hall.