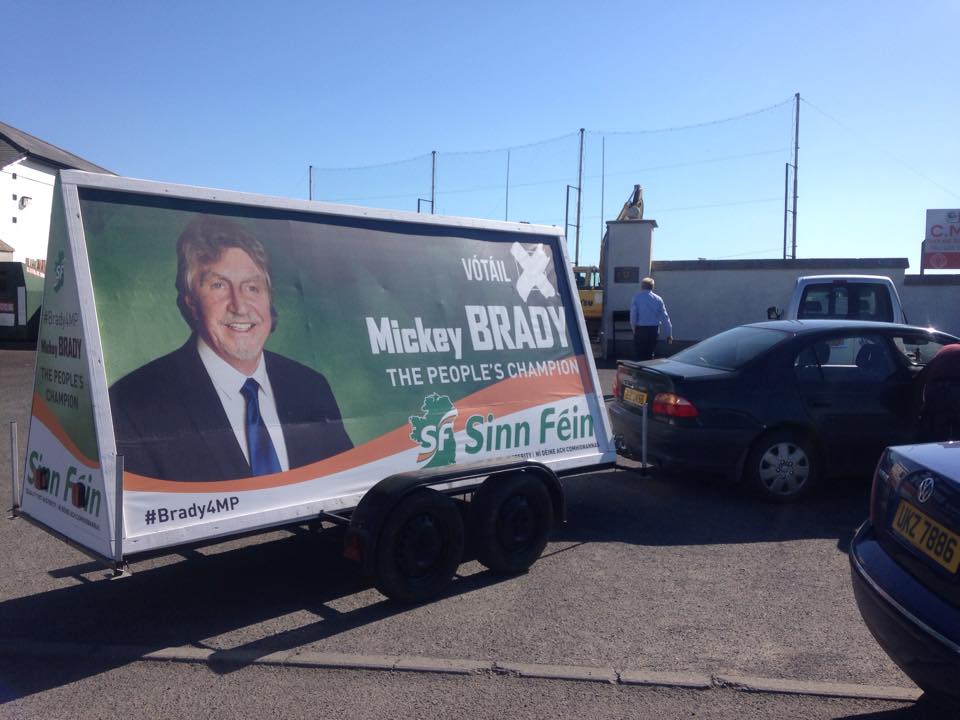 Sinn Fein’s Mickey Brady says he will not be deterred in the Newry and Armagh election campaign after receiving a third death threat today (Tuesday).

Mr Brady said he had in fact been heartened by the support he had received from the local community.

The threats against the Newry and Armagh MLA come in the wake of a paint bomb attack on the home of Deputy First Minister Martin McGuinness. Speaking after the latest threat, Mr Brady said: “On Monday I was told by the PSNI that a threat has been made against my life. I was then told that a second threat had been received, in a phone call, in the early hours of Tuesday morning.

“This was followed by a bomb threat at my family home this morning.

“Nothing was found following a search by the PSNI but this was a terrifying experience for my neighbours.

“These threats come on the heels of threats made against my party colleague Conor Murphy and the cowardly attack carried out by criminal elements on local republican Frank McCabe Junior, who was badly injured in a bomb attack near his home in Cullyhanna in February.

“Those responsible for this latest threat obviously did not get the message that I will not be deterred from working for the community and carrying out my duties as a Sinn Féin representative.

“Sinn Fein will not be intimidated.

“I have been heartened by the support I have received from across the constituency and will continue to campaign to retain the Newry and Armagh seat for Sinn Féin and represent everyone equally.”