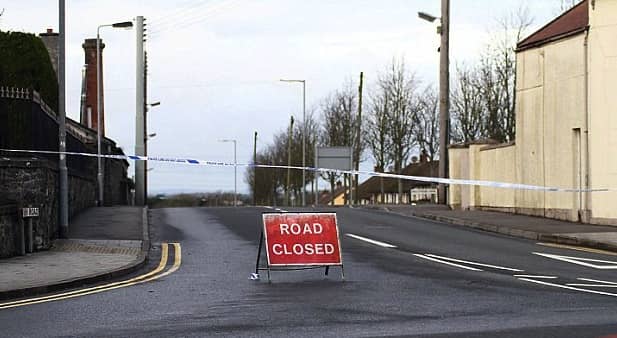 A bomb has been discovered near a police station in Tandragee, County Armagh.

Elderly residents were evacuated from their homes in the village itoday after a viable pipe bomb was found near the police station.

The device was found only a day after an attempt by dissident republicans to murder a police officer in Belfast was foiled.

Newry and Armagh Stormont assembly member William Irwin called the discovery in Tandragee “totally abhorrent”. He said: “Young families also go for walks out the Armagh road and pass the station gates, which only adds to the risk this suspect device could have posed.”

The Police Service of Northern Ireland said the Belfast bomb, discovered by a constable under his car, parked outside his house in Upper Newtownards Road on Sunday, could have killed him and his family.

Assistant Chief Constable George Hamilton said: “If that officer had not checked under his car we would have been looking at a murder or multiple murders.”

Warning that the threat level for police across the province was severe, he advised staff to be vigilant and check under their vehicles.

He said it was hoped the device would prove useful as evidence, as it remained intact.

Constable Hamilton said: “All right-minded people need to condemn this. It is a repugnant and inhumane act.”