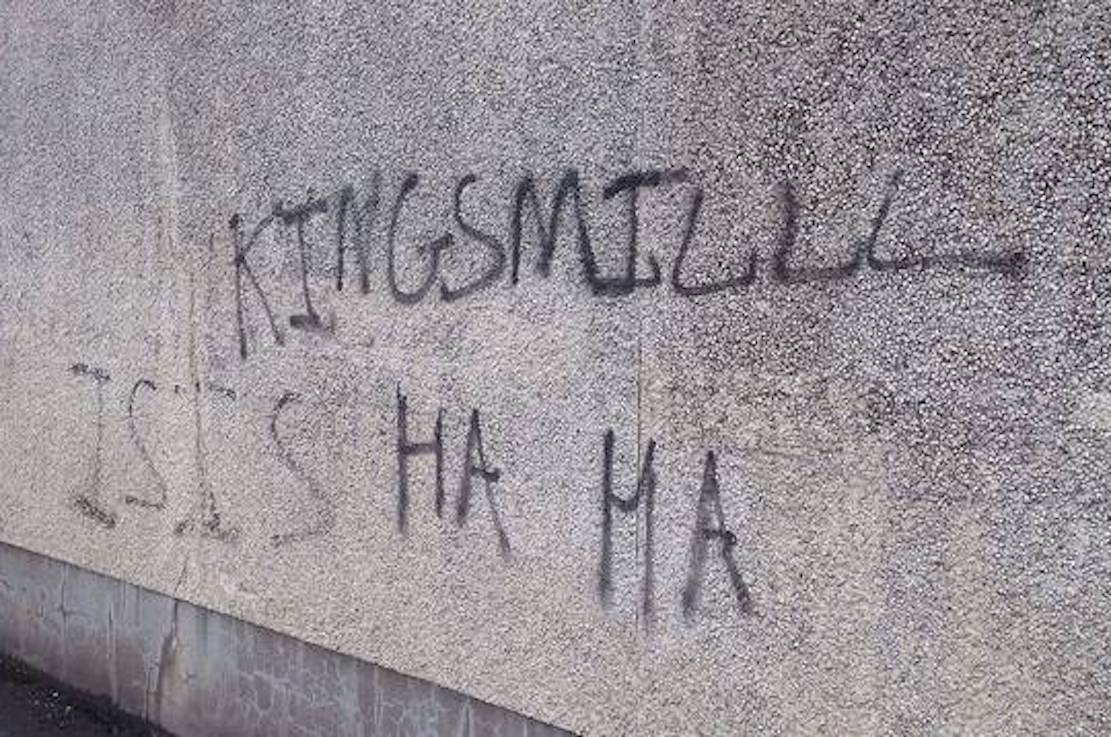 “Disgusting” graffiti which mocks the victims of the Kingsmills massacre has been scrawled across a wall in Omagh in West Tyrone.

The words “Kinsgmills” and “Isis” are accompanied with “Ha Ha”.

Earlier this month, West Tyrone’s Sinn Fein MP Barry McElduff quit following the furore surrounding a video he had posted on the 42nd anniversary of the massacre.

Alliance representative for the area Stephen Donnelly said the graffiti was “utterly disgusting, especially given how the anniversary of the Kingsmill massacre and victims’ issues more widely have recently been under the spotlight”.

Speaking to the Belfast Telegraph, he added: “The memories of the victims deserve more than to be mocked in this manner.

“Part of it is also designed to intimidate a particular section of our community. That must be condemned in the strongest possible terms.

“Omagh is a welcoming place and those behind this graffiti speak for no one.

“I would appeal to anyone with information on this repulsive incident to contact police immediately.”