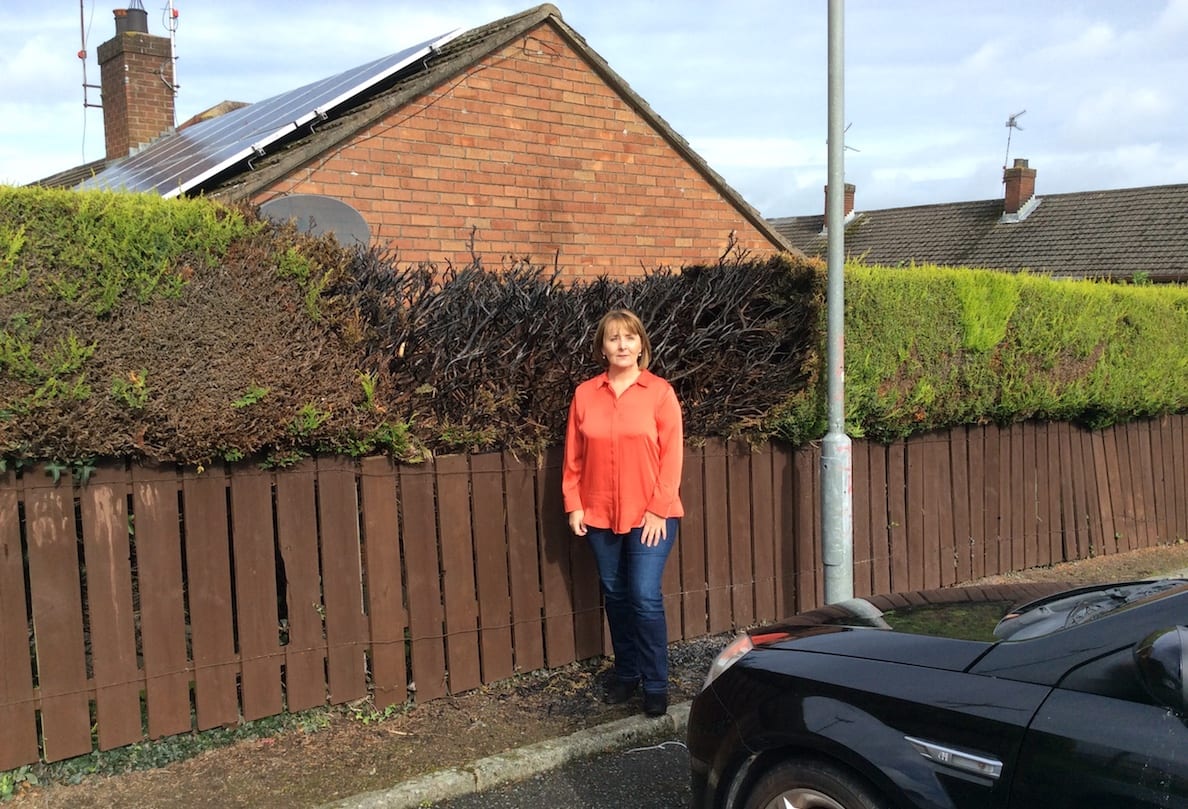 A hedge close to a pensioner’s home in south Armagh was deliberately set on fire on Sunday night.

And only for the reactions of the fire service, the damage at the elderly man’s man in John F Kennedy Park in Bessbrook “could have been devastating”.

Sinn Fein councillor for the area Roisin Mulgrew has praised both the fire service for the prompt response and neighbouring residents for spotted the blaze as soon as they did.

The adjacent property was fortunate to escape any damage, and with solar panels on its roof, the cost could have been significant.

“The winter is really a time when people, especially the elderly, feel a little more vulnerable in their homes. This is the last thing anyone needs.

“But thanks to the vigilance of his neighbours who alerted the man and also called the fire service, the fire was put out before the it spread to the bungalow.

“I would like to commend the fire service and local people who acted quickly to extinguish the fire and ensure that people’s cars were not damaged in this reckless act.

“I would also appeal to local people to keep an eye on their neighbour’s and report any suspicious activity to the police.”

And appealing to those responsible, she said: “This fire could have had a devastating impact on so many lives. Whether you’re playing with fire or not, it really does have significant consequences.”