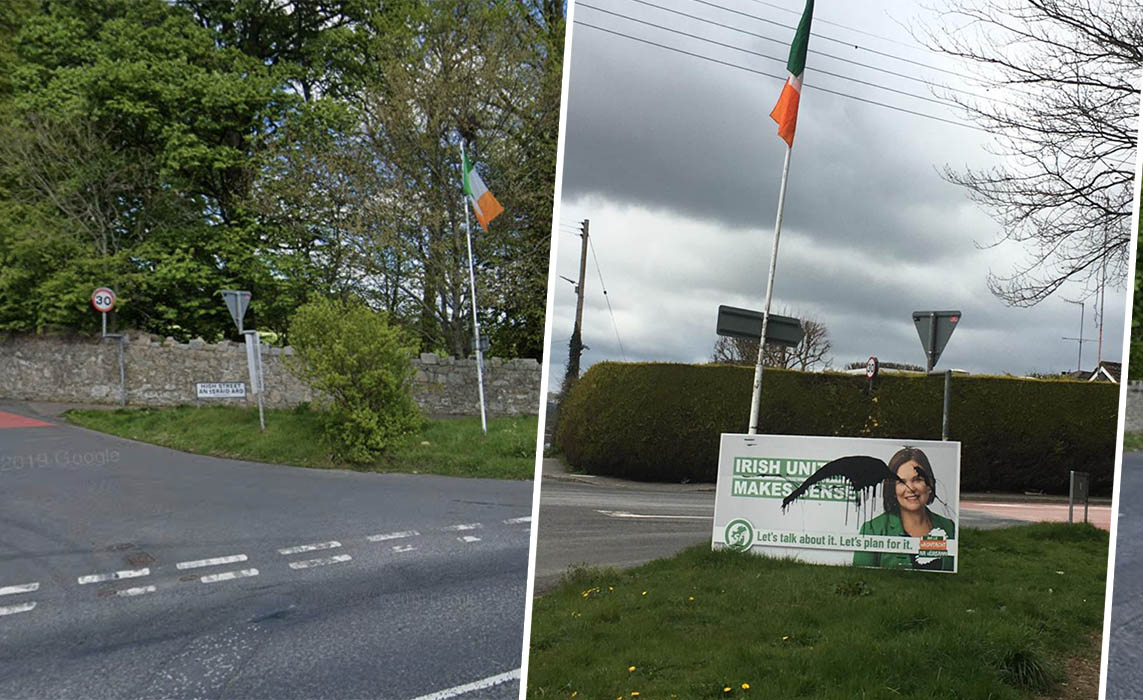 The vandalising of a Sinn Fein poster placed on the Camlough Road outside Bessbrook has been described as a “sinister act”.

The large placard, encouraging support for a United Ireland, bearing the face of party leader Mary Lou McDonald, was smeared with black paint.

“A sign situated at High Street corner on the Camlough Road has been vandalised in what many see as a sinister sectarian attack,” said Councillor Murphy.

“Sinn Féin have a democratic and legitimate right to campaign, and to bring our message of equality, rights and Irish Unity and despite actions like this Sinn Féin will not be deterred.”

The local Councillor, appealing for calm, added: “Irresponsible and dangerous sabre rattling and reckless rhetoric from Unionist politicians has seen tensions rise right across the community.

“I would appeal for calm and I call on those in positions of influence in political unionism to demonstrate more measured and responsible leadership.”