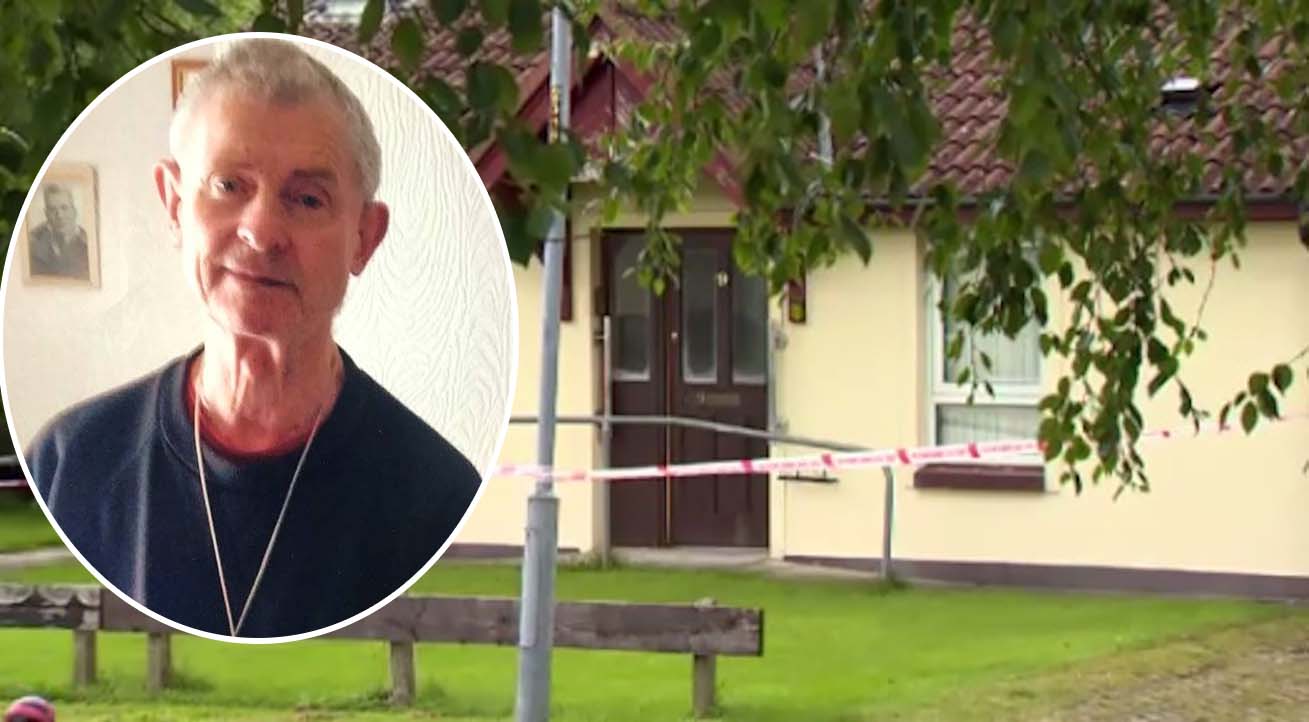 The daughters of an elderly pensioner who was held down and viciously stabbed to death as he slept in his Bessbrook home have made an emotional appeal for information.

Daughters Patricia Bennett and Michelle Finnegan appealed for information and have offered a £10,000 reward leading to a successful prosecution, which has been matched by Crimestoppers for a total of £20,000.

Speaking to the media in Belfast this morning, Patricia, said: “My dad Eugene was cruelly taken from us nearly four years ago and a day hasn’t gone by since where we don’t miss him or remember him.

“A gaping hole in our lives has been made worse by the fact we know his killers are still out there living their lives. Our dad was severely disabled and living alone. He was subjected to a vicious and horrendous attack as he lay asleep in his bed – a place where he should have felt safe.

“His killers held him down before stabbing him multiple times, then threw him onto the floor and left him to die.

“We can’t come to terms how anyone could do this to a 73-year-old frail and defenceless man. After the brutal attack he sadly died in hospital.

“He needs to be able to rest in peace and the only way that will happen is of his killers are brought to justice.”

Detective Chief Inspector Eamonn Corrigan, who is leading the investigation, added: “Eugene Carr was attacked by three hooded assailants and stabbed 15 times and leaving him for dead on the floor of his bedroom, a place where he should have been safe.

“The attack on Eugene, a 73-year-old grandfather, who was already severely disabled was vicious and unrelenting.

“And while he was conscious for the majority of his 11-week stay in hospital, Eugene did not survive the injuries which were inflicted upon him. He died on the November 17, 2015.

“His killers have yet to be brought to justice which is devastating for Eugene’s family who deserve to see someone behind bars for his murder. It has been a difficult investigation, not least for Eugene’s family, and I have been unable to establish why this elderly, defenceless man was attacked so brutally.

“I am aware of rumours as to why this happened and this may have prevented people from coming forward but the investigation has found no substance to these rumours. These rumours may have been made up by those involved to justify their actions. I firmly believe the answer as to who murdered Eugene lies within the Bessbrook community.

“Today, I am appealing for information. There is a £20,000 reward leading to the successful prosecution. Half from Crimestoppers which has been matched by three of Eugene’s daughters. I sincerely hope that this substantial reward provides an incentive for those who know anything to come forward to tell police.

“Any information given to Crimestoppers will be in confidence. That’s really important.

“I would like to know who attacked Eugene and where did they go afterwards. How did they leave? Was a vehicle used. Did you unwittingly give them a lift? Who helped them in the aftermath; they would have been covered in blood. Where is the murder weapon, what happened to it? I would appeal to people to search their conscience to bring those responsible for this vile, terrifying and cowardly attack on a defenceless, elderly man to justice.”