Brian Phelan murder: Jury hear from witnesses who tended to victim as he lay covered in blood 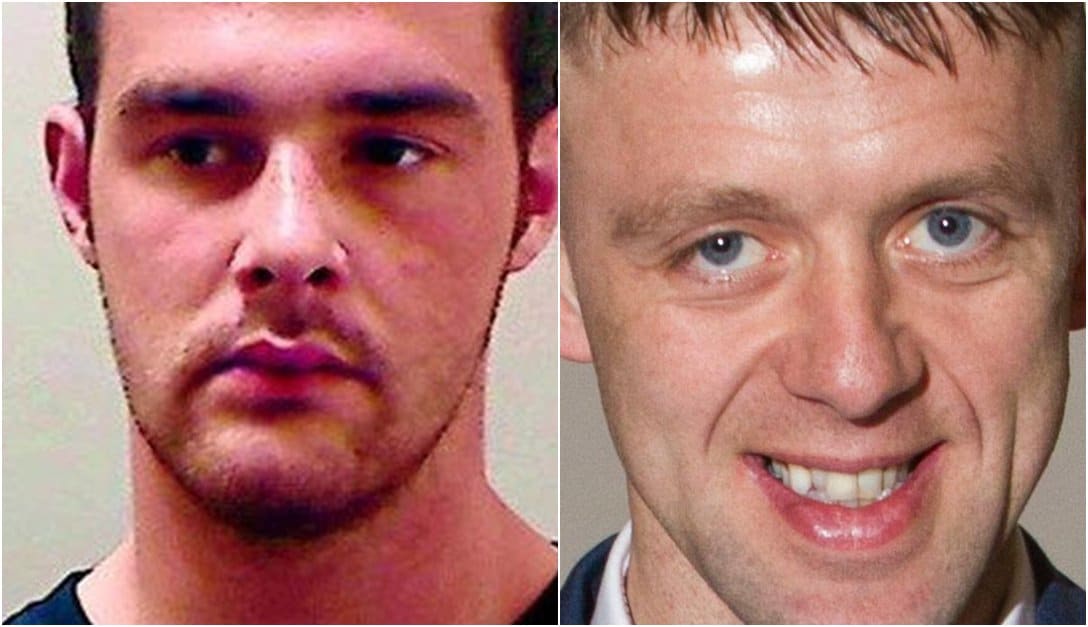 An alleged murder victim was bleeding so profusely he was barely recognisable, a jury heard today (Tuesday).

The Newry Crown Court jury heard from several civilian witnesses who tended to Brian Phelan as he lay bleeding to death in the garden of a house on the Carrivekeeney Road in south Armagh on July 26, 2018, each of them describing in terms that the 33-year-old was “covered in blood.”

Aaron White told prosecuting QC Neil Connor that even though he knew Mr Phelan, “it took a while to work out who it was”.

“Why was that?” asked the lawyer and Mr White explained: “because of the amount of blood, I couldn’t recognise his face until he was turned over really”.

On trial, denying a single charge of murder, is 30-year-old Daniel Carroll from Edward Street in Portadown.

It is the Crown case that he stabbed Mr Phelan three times in the neck and twice in the chest close to what’s been described as the mountain path on the rural Carrivekeeney Road on July 26, 2018, intentionally inflicting wounds that caused his death.

Carroll has claimed that he and Mr Phelan had gone there to buy quad bikes when three unidentified men “suddenly appeared” from around the mountain and attacked the victim, claims which are disputed by the PPS.

Robert Russell, a brother of Mr White, described to the jury that when he arrived at the scene Mr Phelan “was lifeless…there was no movement at all”.

“We put him on his back to try and see where the blood was coming from but with the stab wounds to his neck and chest, blood seemed to be coming from everywhere, his eyes were lifeless,” he told the jury.

Earlier today (Tuesday) the first person to find the stricken Mr Phelan also gave evidence with Mr John Fegan outlining how he had gone for a walk up the mountain when he encountered two men at the blue Peugeot 206 which, as the jury have heard, was driven by Mr Phelan.

By the time he came back down the mountain, that car was gone but had left skid marks on the road and Mr Fegan told the court he came across Mr Phelan who was “covered in blood from head to toe”.

“I asked him did he want an ambulance and he nodded his head once,” said the witness, “I did what I could”.

Mr Connor asked Mr Fegan if during his walk he encountered any other people or traffic apart from the Peugeot car on his way up the mountain and he told the lawyer “no, definitely not.”

Under cross examination from defence QC Gary McHugh, Mr Fegan disputed the lawyer’s suggestion that a person riding a quad bike could get to the Carrivekeeney Road from the back of the mountain, telling him there was no access because “the gates are locked.”

Mr Fegan did confirm to trial Judge Gordon Kerr QC that he did not encounter any other vehicle or person apart from Seamus McGuigan.

Mr McGuigan also testified today, describing how Mr Phelan’s Peugeot was blocking him from driving to the top of the road.

He told the jury that as he sat there in his car, he saw what he took to be “two youths trying to grapple one another, trying to get the other down, trying to catch hold of one another”.

“It put me in mind of two young fellas having fun,” Mr McGuigan told the jury, adding that he heard sounds like “yeo”.

Having been able to see them for “five to ten seconds,” the men moved to the side of a property where Mr McGuigan could not see them and one male emerged a short time later and drove off in the blue Peugeot.

“The normal thing was that if a farmer was in the car he would apologise to you [for blocking the road] but this man never even acknowledged me being there – he put his arm up in front of his face as he passed me so I didn’t get a good look at him.”

In cross examination, Mr McGuigan agreed that he was “not alarmed or distressed that something bad was happening,” telling the lawyer “no, definitely not.”

He told the defence counsel “I saw them clawing at each other, trying to get a wrestling grip” rather than punches or blows being struck.