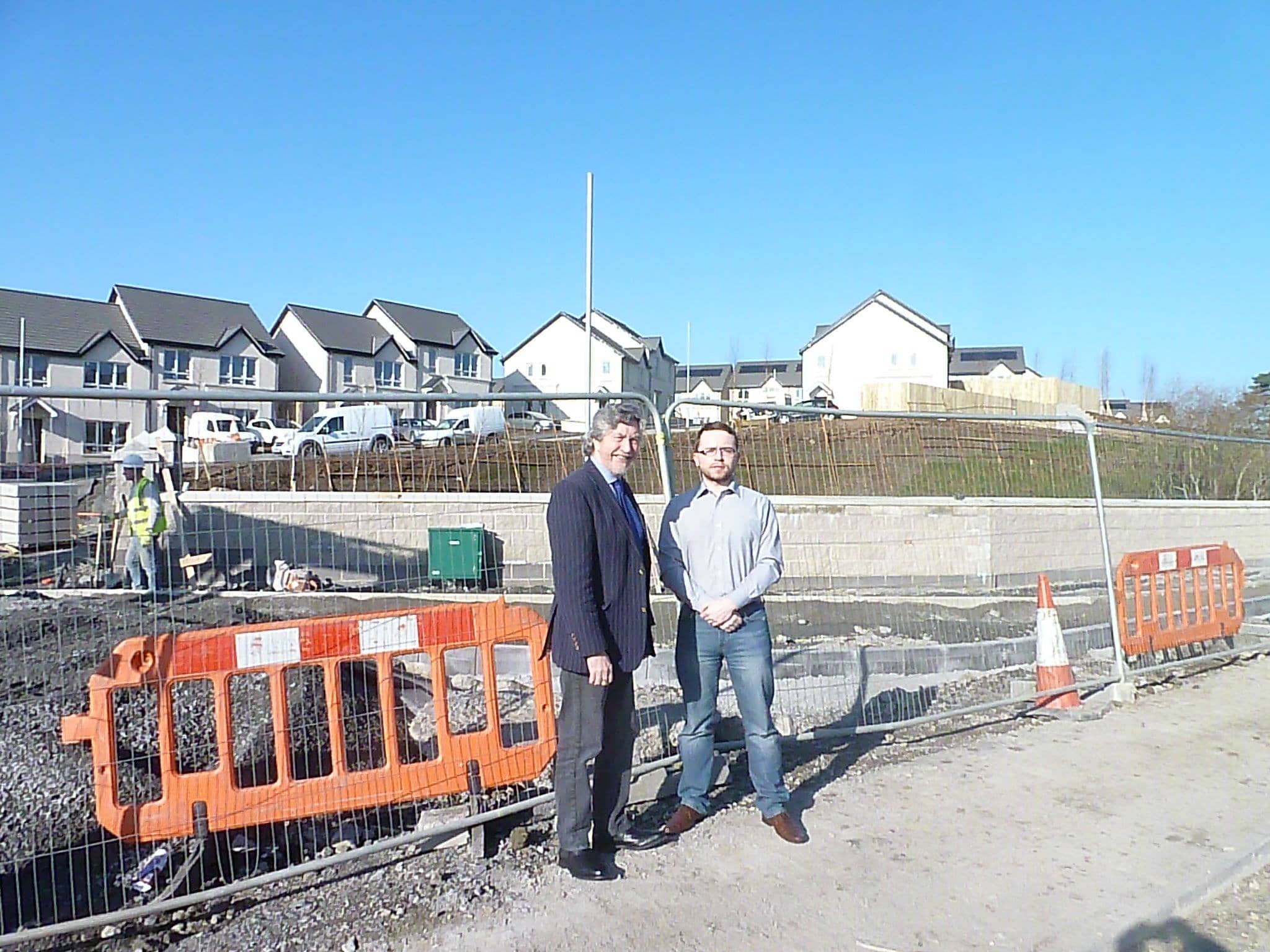 Commenting after a visit to new social housing project “Dobsons View” on the Green Road near Bessbrook, Fews area Sinn Féin Councillor Dáire Hughes has stated that housing was not simply about bricks and mortar, but also about building homes and communities where everyone could live in a comfortable, safe and supportive environment.

The local Councillor who was accompanied by his colleague Assembly Member Mickey Brady, stated that he expected some of the now completed houses to go out on offer to potential tenants over the next few weeks.

“In light of the current shortage of social housing in this locality, news that some of these homes will be out on offer soon is welcome.  Those seeking information in relation to tenancies should contact  Clanmil Housing Association and Newry Housing Executive.

“Housing is not simply about bricks and mortar, but also about building homes and communities where everyone can live in a comfortable, safe and supportive environment.

The local Council representative added that he had raised issues of concern such as traffic increase, pedestrian safety and community safety which locals had contacted him about, with representatives of Clanmil Housing Association and that they had agreed to facilitate a meeting with, Roads Service, the Housing Executive and Community Safety agencies to discuss those fears.

“The Housing Executive was brought about to address the sectarian nature of housing allocations in the six counties and Sinn Fein will not allow the clock to be turned back to a time when social housing was allocated on the basis of creed, not need.

“The provision of social housing should be the responsibility of the Department of Social Development and the Housing Executive, which should have responsibility for providing homes for those 22,500 families across the North in housing stress.

“This would entail giving the Housing Executive the power and authority to become a house-builder again, reflecting the fact that it had more than doubled our social housing stock before its authority to build was removed.  We need the Social Development Minister Nelson McCausland and the Housing Executive to come forward with a house-building programme, setting out how they will address the issue of those living in housing stress.  It particularly needs to state how it will build homes in areas based on greatest need.”