Yes for M&S..New £6m Food Hall and ‘retail warehouse’ in Banbridge up for approval

An unidentified 'retail warehouse' - which had previously been linked to Argos - will account for up to 20 jobs, with 70 at the new Food Hall and 70 more during construction 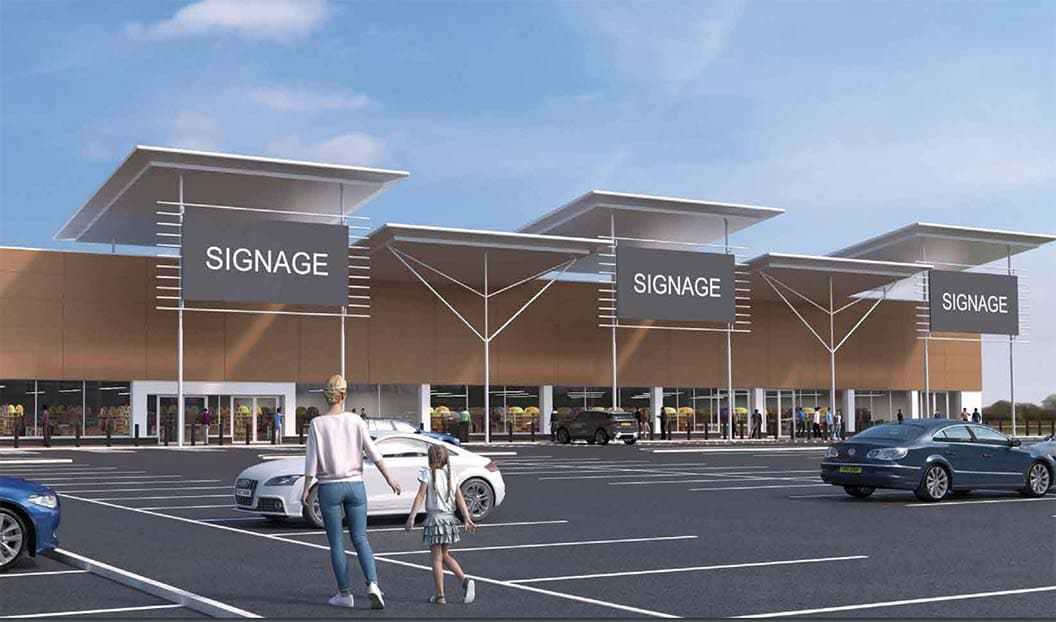 A £6 million development in Banbridge – to include an M&S Food Hall and ‘retail warehouse’ – could create up to 160 jobs and is to be recommended for approval next month.

The Marks & Spencer Food Hall will create between 65 and 70 new positions.

And the ‘retail warehouse’ – unidentified in the submission but previously linked to Argos – could add up to 20 more.

In addition, it is believed that around 70 construction jobs will also be created during the building phases of this latest development at the Bridgewater Retail Park site.

The proposals have been under consideration since that time and officials are now poised to recommend to the May sitting of ABC Council’s planning committee that they go ahead.

It will include the construction of two retail units.

One of these – described as a “retail warehouse” – will be around 1,000 sq metres with a 160 sq metre mezzanine for ‘bulky comparison’ goods. It is this which has previously been linked to Argos, but no name has been confirmed.

This retail unit, when occupied and up and running, could create up to 20 new jobs, according to a retail impact assessment.

The other will be a 1,858 sq metres ground floor development for “convenience use” and will be occupied by Marks & Spencer’s Food Hall brand.

The store will have a number of staffed checkouts, as well as self-scan and card only checkouts. It will also have a click and collect desk and recycling bins.

The units are alongside the Home Bargains store, to be separated by a small gap to accommodate a protruding pipe.

The plans also include car parking – with a total of 207 spaces – as well as servicing arrangements.

As part of the parking provosion, the proposal designates a row of 13 disabled parking spaces at the entrance to the shops.

According to a design and access statement: “M&S are very aware of the needs of all their customers and the access doors to the shops will be electronic sliding doors. Disabled users will be able to access trolleys designed for use with a wheelchair and internally the store layout and design will allow people of all mobilities to move about freely.”

In terms of the second unit, the statement adds: “The retail warehouse will also have similar features of being level access from the footpath and electronic double doors for access. An internal lift is provided for access to the mezzanine floor.”

According to the retail impact assessment, the development – which would cost in the region of £6m according to CIS – has the potential to generate £200,000 in rates annually.

And it adds: “This is a major investment in Banbridge and one that is welcomed by many in the town.

“There proposal therefore brings a new retailer to Banbridge, a retailer with one of the most recognisable brands in the UK, a new retail format that does not exist in many towns in Northern Ireland and a retailer whose presence is likely to reduce outflow of trade from Banbridge and indeed attract additional trade to Banbridge.”

The proposals will be recommended for approval to the planning committee in less than two weeks time when councillors will decided whether or not to endorse the officials’ opinion.

If they do, work would be expected to begin during the summer months with a view to opening later this year or early 2022.

You can join our Banbridge News Facebook group here.