Pharmacy plan and 'community and cultural' use included at Banbridge building 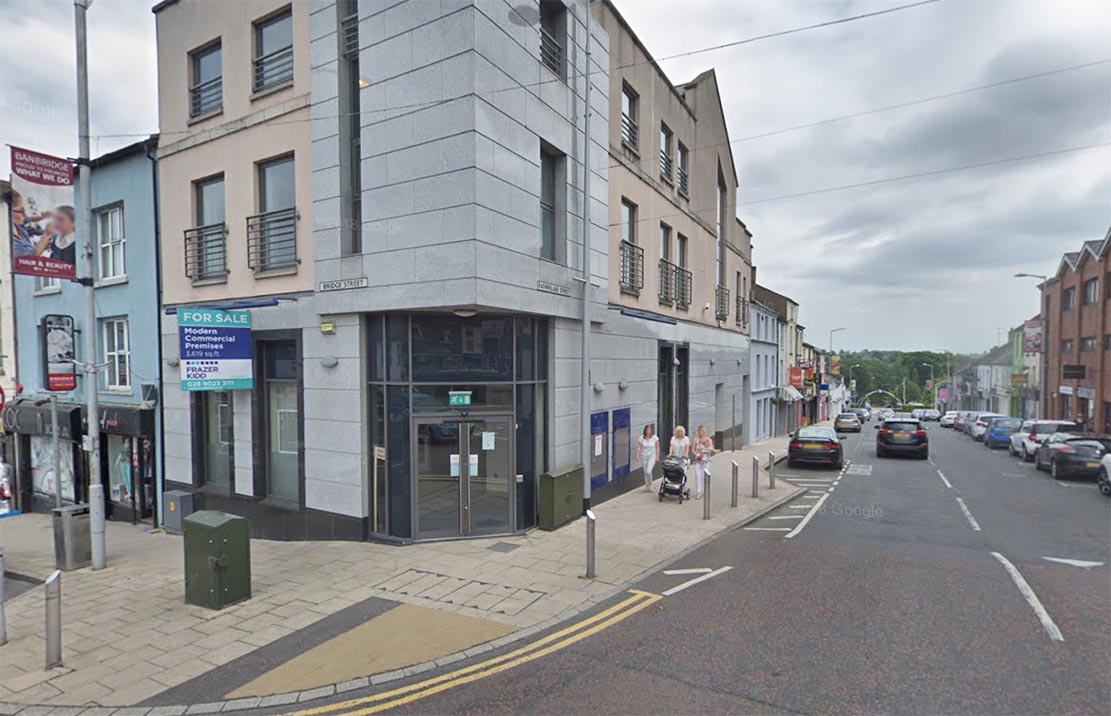 A vacant bank building in Banbridge is to be given a new lease of life as a pharmacy.

The First Trust Bank at 1 Bridge Street in the town was one of a number which were closed down and the premises later put on the market for sale.

The bank building has been vacant since it was axed at the end of August 2017.

And now proposals have been submitted to allow for a change of use at the three-storey building, which occupies a prominent corner site in the town centre.

The intention is to open a pharmacy at ground floor level.

And the pharmacy in question is Clear Pharmacy, the applicant being Clear Healthcare Ltd, an independent family-owned chain with over 30 branches across the UK.

Clear Pharmacy already has a branch nearby, at 21 Bridge Street, and is understood to be planning a move to the new premises if planning approval is given.

The proposals – which have been submitted to Armagh City, Banbridge and Craigavon Borough Council – also seek approval for a change of use at first and second floor levels for “community and cultural” purposes.

The application will now be considered and will be publicly advertised next week to allow for public views to be made known.