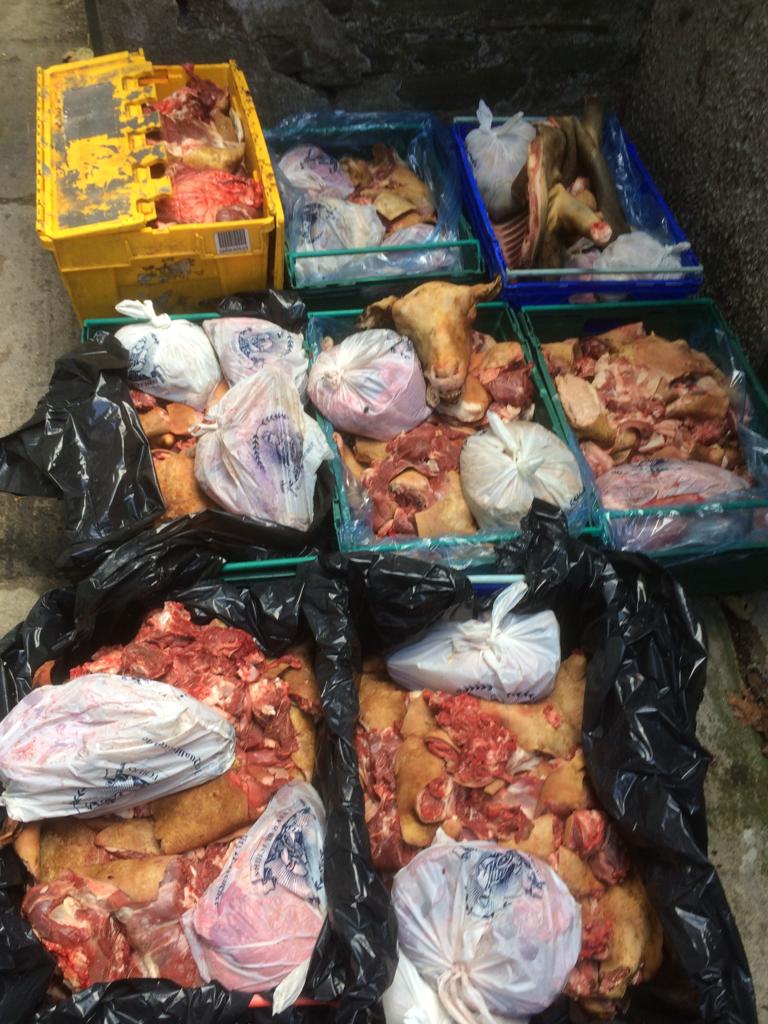 Two men were convicted of food safety offences after the discovery of illegally slaughtered and dissected goat carcasses at Banbridge.

Police made the grim discovery following a routine stop and search of a van in October 2018.

‘Smokies’ are a traditional West African delicacy made from older sheep or goats. Carcasses of the animals are gutted, shorn and hung before being scorched or ‘smoked’ with a blowtorch, which is said to give the meat a unique taste. Smokies have been illegal across the European Union since 1987.

District Judge Paul Copeland, at Newry Magistrates Court earlier this month, found Felix Ukagwu and Lucky Ejedenawe guilty of five food safety offences.  Both men did not attend court and were convicted in their absence. Judge Copeland has issued a warrant for their arrest in order to be brought before the court for sentencing. 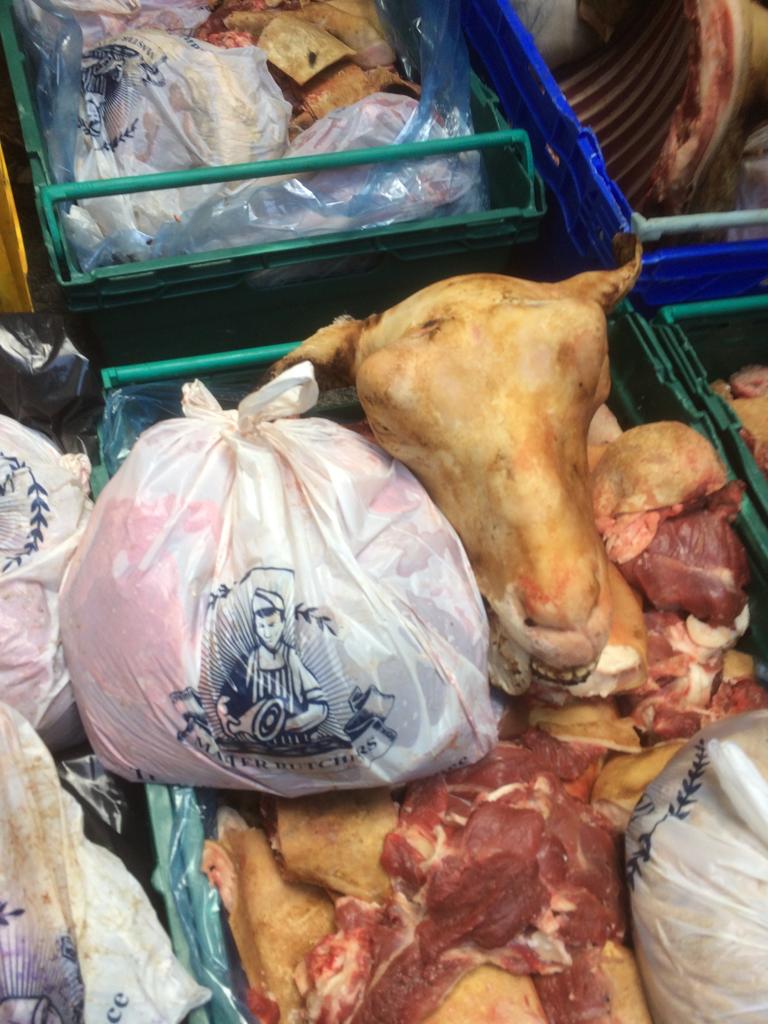 A spokeswoman for Armagh City, Banbridge and Craigavon Borough Council said: “These animals had not been slaughtered in an approved abattoir and therefore evaded the stringent veterinary and meat inspection checks, which significantly increases the risk to the consumer.

“As a local authority we engaged a multiagency investigation and worked with the PSNI, Food Standards Agency, Department of Agriculture, Environment and Rural Affairs along with food safety authorities in the Republic of Ireland.

“Food safety legislation is in place to protect the public from potentially very serious illness and it is our legal duty to take action against those who blatantly disregard the law and put public safety at risk.”

The skin on the goat carcases had been severely scorched with a blowtorch. The consignment was unfit for human consumption and subsequently disposed of.

Food safety offences included placing on the market unfit meat, having no traceability information, failure to register a food business, failure to protect food and packaging from contamination.  Evidence clearly demonstrated cross border commercial supply of the meat for some time prior to the discovery.