Two men charged after seizure of cannabis with street value of more than £600,000 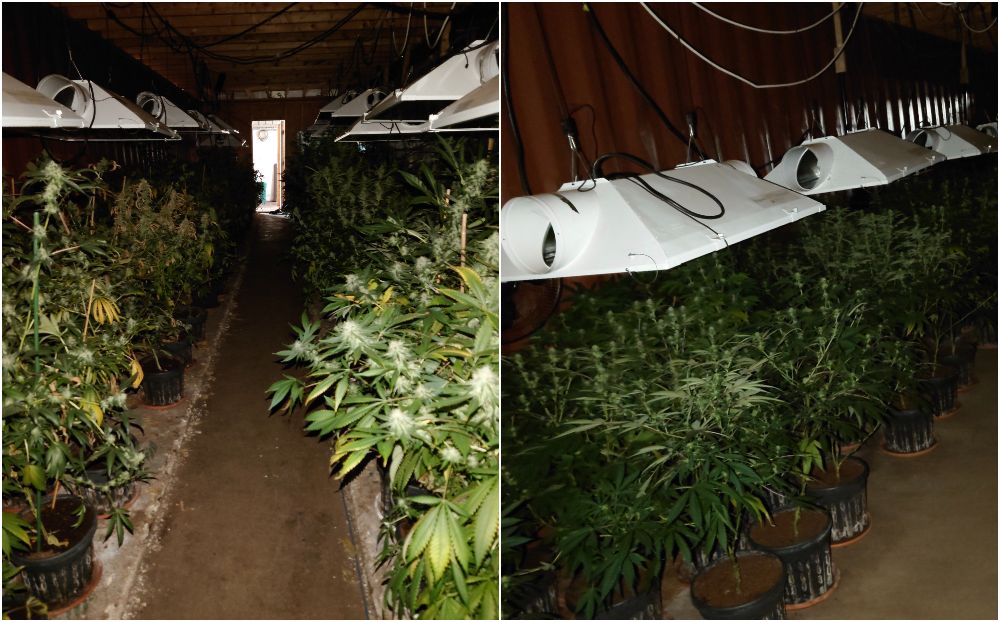 Detectives investigating after the seizure of suspected cannabis in Dromore with an estimated street value of more than £600,000 have charged two men with several drug-related offences.

They are due before Banbridge Magistrate’s Court, sitting in Newry, today (Friday 16th October).

As is normal procedure the charges will be reviewed by the Public Prosecution Service.

The large-scale operation was located at a rural property on Dromara Road by officers from the Banbridge/Lagan River Neighbourhood team at around 5.30pm on Wednesday night.

Following the find, officers subsequently conducted two searches at properties in Lurgan and in Omagh during the early hours of today (Thursday 15th October). At the Lurgan property, a number of electronic devices were seized and taken away for examination. At the property in Omagh, a quantity of suspected Class B drugs and drug-related cultivation equipment were seized and have also been taken away for examination.

Detective Inspector Celeste Simpson said: “I want to reassure the public that, as your Police Service, we will continue to pursue the criminals in the drugs trade and do all we can to bring them before the courts.

“In addition to today’s seizure, since the 1st October, officers from our Organised Crime Unit (OCU), including the Paramilitary Crime Task Force, have seized drugs worth an estimated street value of £8m. Of this was £6 million worth of Class A cocaine as a result of working with our law enforcement partners in the National Crime Agency and Border Force after a lorry in the Port of Holyhead in Wales was stopped on Friday 9th October and where cocaine was found concealed within refrigerated goods. Since the beginning of the month, OCU officers have charged 12 people with drug-related offences, including supply.

“All of this is clear evidence that we are committed to tackling the illegal drugs trade and the criminals whose only concern is how they make a profit.

“Drugs wreak havoc and devastation on families and in our communities, and those who supply drugs don’t care about their victims. I would urge anyone who has any information about drugs or drug-dealing in their community to call us so we can take action. That call could make all the difference.”

Detective Inspector Simpson also urged anyone with information about the suspected cannabis factory in Dromore to get in touch with police by calling 101 and quoting reference number 1338 of 14/10/20. A report can also be made online using our non-emergency reporting form via http://www.psni.police.uk/makeareport/ or you can also contact Crimestoppers anonymously on 0800 555 111 or online at http://crimestoppers-uk.org/