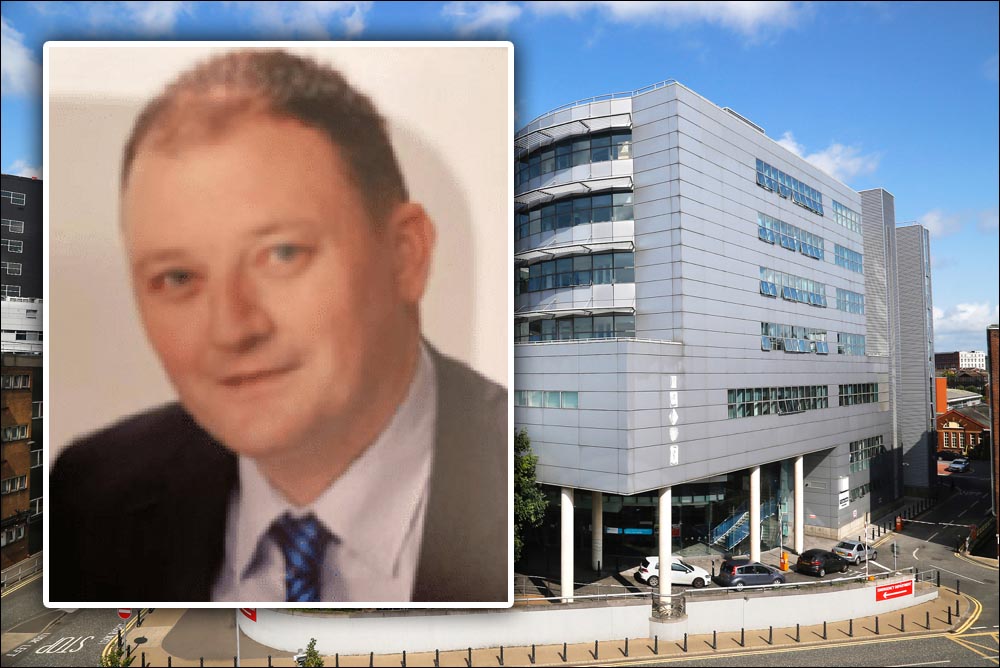 Tributes have been paid to a “big gentle giant” who died within two weeks of losing both his parents.

Anthony (Tony) Doherty, who lived in Banbridge, passed away on Wednesday. He was in his 50s.

He was the son of the recently deceased Owen and Angela.

It has been reported all three family members had contracted Covid-19.

Mr Doherty worked for the Belfast Health Trust at the Royal Victoria Hospital.

He said: “I’d like to offer my condolences to the family one of our members of staff who sadly passed away with Covid-19 [on Wednesday].

“I am sure all of his colleagues and those who have worked with him will feel this right at this moment in time.”

“I cannot begin to imagine how the surviving members of the family come to terms with it and I do hope and pray that they get the help and support that they need,” she said.

A funeral notice for Mr Doherty read: “Dearest husband of Deborah, cherished dad of Conor, son of the recently deceased Owen and Angela, Belfast and brother of Owen, Stephen, Kieran and Sinead.

May he and his dearest parents Rest In Peace.

The house will be private with the funeral on Saturday after Requiem Mass at 1am in St Patrick’s Church, Dromore Street for family only. Burial afterwards in Milltown cemetery arriving 12.45pm approx.

Tony will always be remembered by his wife, son, brothers, sister, mother in law Maureen, brothers in laws, sisters in law, nephews, nieces and many friends.

Tributes were paid on social media; one woman commented: “Absolutely heartbroken to hear this; Tony was loved to bits by so many. He made the world a brighter place. Cant get over that he is gone. My deepest sympathies to Deborah & Conor & all his family. Tony will be truly missed by us his work family as well. The RVH is a sadder place now for this great loss. RIP Tony.

Another added: “A great friend to everyone always a smile on his face. A privilege to know and have worked alongside in RVH. Great supporter of BRFC and volunteered for many jobs.”

While one simply described him as a “big gentle giant”.