It was fitting that, in 2011, James Stevenson Bell was rewarded with a richly deserved lifetime achievement award given to him by the Banbridge business community 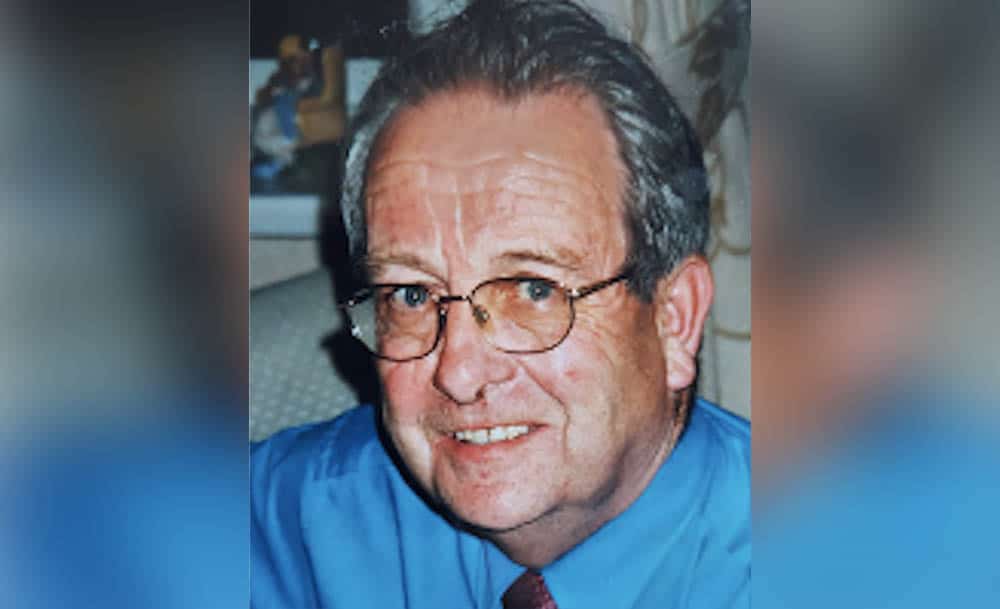 The funeral will take place on Wednesday of a popular Banbridge undertaker who passed away at the weekend.

James Stevenson Bell – who was 84 years of age – had taken on the business from his father, William, close to a quarter of a century ago.

But the Bell family firm was one which stretched back to the 1800s.

James Bell – Jim as he was known – carried on the tradition and the family was hugely respected in County Down and far beyond.

Jim – like his son Maurice who also follows in his father’s footsteps – has helped countless families over many years lay to rest loved ones with dignity and respect.

The compassion and professionalism afforded each and every one has meant so much to so many and has ensured grieving relatives have been able to pay a fitting tribute to their dearly departed safe in the knowledge that the arrangements are being sensitively and sympathetically attended to.

It is this real empathy and reliability which has ensured they have been the funeral director of choice for many generations of local families.

It was fitting that, in 2011, that Jim Bell was rewarded with a richly deserved lifetime achievement award given to him by the Banbridge business community.

The Bell family name’s first association with the funeral business stretched back to the 1800s. In the early part of the century, the late William Bell, who was a joiner by trade, started making coffins in the town of Banbridge. He did so under the trading name of the Bann Coffin Manufacturing Company.

Over the years which followed, several other family connections were involved in what is today known as William Bell and Co Funeral Directors, which operates out of premises at Kenlis Street.

It was in 1886 that the first horse hearse was purchased and the intervening years also saw the advent of motor cars and the changing face of technology and modern age was grasped by the Bell family as they went from strength to strength.

After William’s passing, the business was suitably carried on by his sons, James John and Ernest Bell, with the former continuing the family tradition after the death of the latter.

The family firm reportedly continued to grow and the Bells extended the licensed premises to a public bar, lounge bar and cabaret lounge, with the undertaker’s premises adjoining the bar.

It was after James John’s death that his own two sons continued for many years.

It was back in 1997, that William decided to retire, and he passed away the following year in December. His brother Jim took over the reins, assuming the responsibility of the Banbridge funeral director’s business, taking over the premises in the town and buying a garage to repair cars.

Today, thanks to the foundations laid down by the family over the years and the proud role played by James Stevenson Bell, the business has built a reception area to the front, while converting the garage into a modern building comprising funeral chapel for up to 100 mourners, two private rest rooms, coffin room, body preparation theatre and garage to house six vehicles, and all of this under one roof.

It will be the end of an era with the passing of Jim Bell but his own son, James Maurice Bell, better known as Mo, continues in the family trade.

Jim passed away peacefully at his home at Kensington Avenue, Banbridge, yesterday (Sunday).

He is survived by his loving wife Elsie, son Maurice, daughter Marion, daughter-in-law Ann, grandchildren Carly, Katie and Molly and family circle, to whom deepest sympathy is extended.

The funeral service willl take place at Bannside Presbyterian Church, to which donations in lieu are being directed, on Wednesday at 1pm. This will be followed by a private committal.

The house is strictly private, but those wishing to pay their respects may do so at William Bell & Co Funeral Home tonight (Monday) and tomorrow (Tuesday), from 6pm to 9pm, or as the cortege makes its way from Bannside Presbyterian Church through Banbridge following the service on Wednesday afternoon.