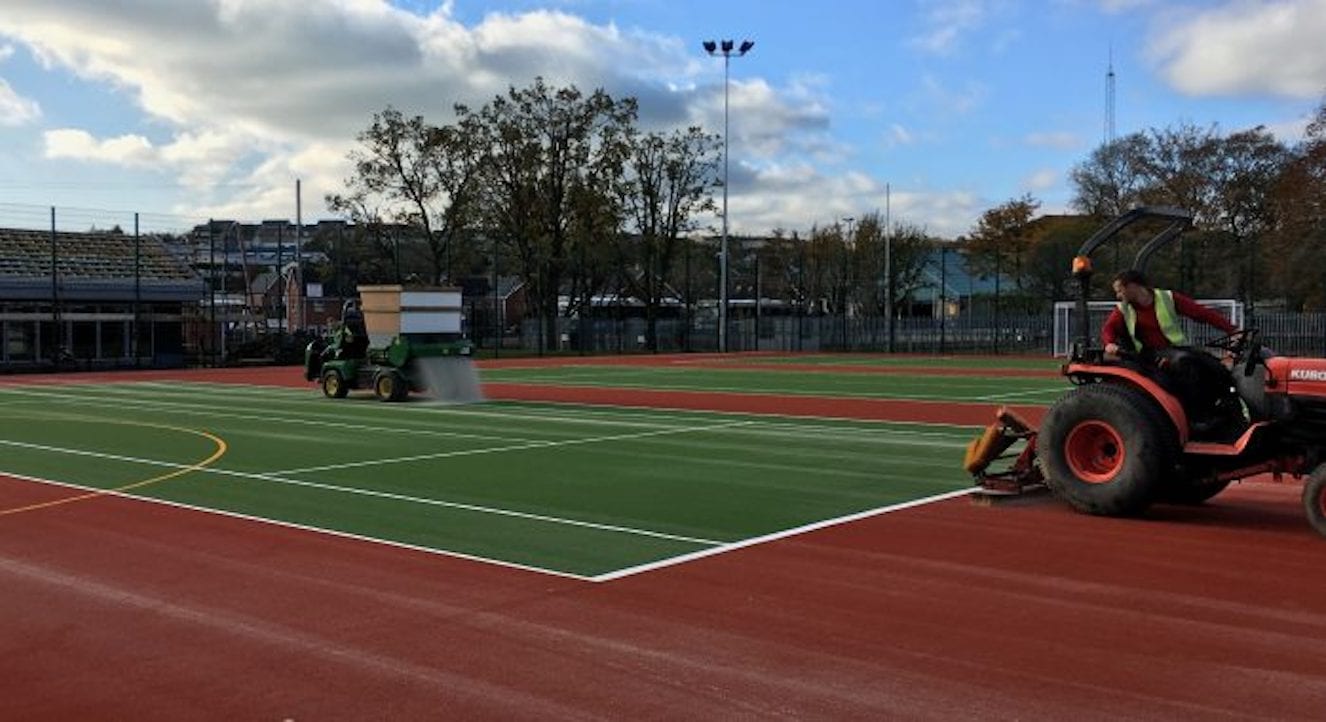 Banbridge Tennis Club has pleaded with Council to help them out of a “crisis” after their requests for a new £80,000 court surface – less than two years after it was replaced – fell on deaf ears.

The Club says that the Council’s recently installed surface at the leisure centre is not fit for competitive purpose, with the membership numbers – particularly among the youth setup –  dwindling.

The crux of the matter centres around bouncibility, with shock pads installed under the surface to allow for other sports, namely football and hockey to be played.

In a letter to Council, the Club says it is “a real shame that such an otherwise brilliant facility has been let down by the single most important part of it”.

The letter adds: “We recalled the initial meetings [with Council] where the shock pad was discussed, and ‘sold’ to us as an aid to help cushion the pressure on players joints, but at no point was the resulting poor bounce mentioned or discussed.

“As you know, a representative from the Ulster Branch of Tennis Ireland has inspected and played on the surface, and reported that it was not of a standard suitable for competitive play.

“We are aware that the courts have passed the tests for recreational tennis, but at Banbridge Tennis Club we play competitive tennis and have been competing successfully in the Senior Leagues of Ulster Tennis for well over 100 years, producing players who have represented Ulster at Interprovincial level.

“We play in numerous leagues against other clubs throughout Ulster and Ireland, and none of those clubs have a shock pad installed in their courts. Virtually every visiting club comment on the poor bounce on our courts.”

Previously the Council had rejected plans to rip up the surface to remove the shock pad before laying new carpet.

This was estimated to be at a cost in the region of £80,000, which Council admitted there was no budget for and that it would be to the detriment of other sports.

In a report to councillors earlier this week, the Head of Health and Recreation at the Council compared usage of the tennis courts/pitch.

In 2019, Banbridge Tennis Club, have 62 members (including 24 juniors), while casual and school footballers account for 104 per week typically, with another 30 pupils for schools hockey each week.

Upon moving to the Leisure Centre, a move in which the Club harboured “ambitious hopes of increasing membership and attracting more junior players into the sport through greater exposure at the new site”.

“The reality however,” they say “is that our junior membership has declined over the past two years.”

The Club said they “now accept that there is nothing that can be done in the short term to improve the courts”, but have asked for Council’s help to regenerate interest in tennis.

They have asked for an information board at the gate to display club times and classes, as well as prices for public court hire and availability; cabinets and shelves in the pavilion where club trophies could be out on display; even a large sign on the pavilion wall to advertise the fact there is a club based there.

“Considering all the points raised above the Committee would ask the council officers and elected members to review the fees charged in the hope that the Tennis Club can survive this crisis.”