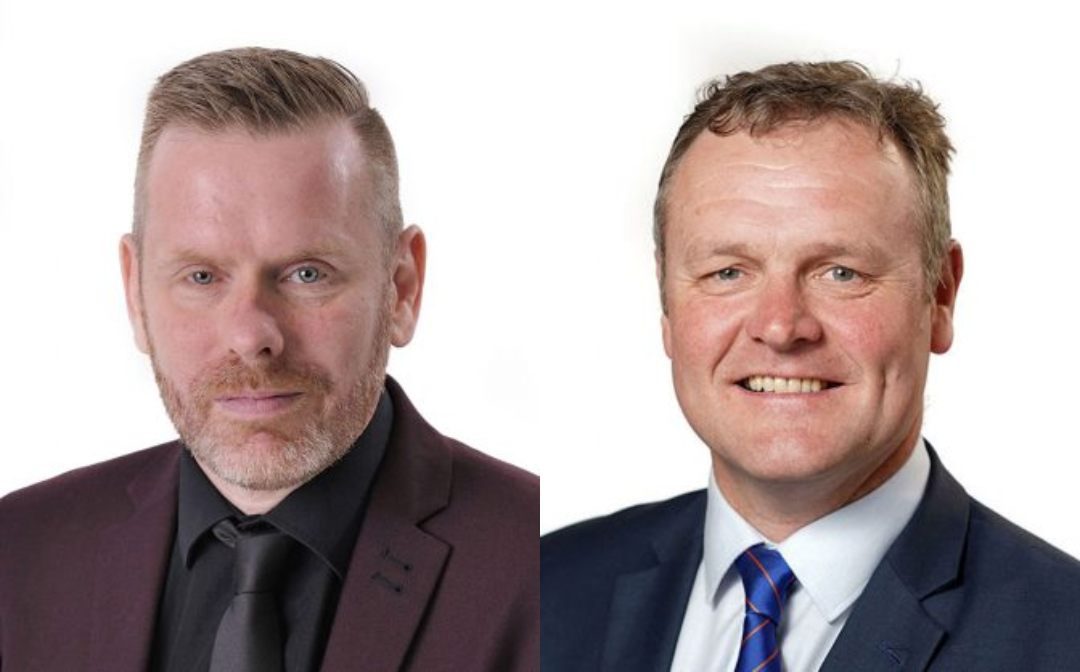 The two appointments were rubber-stamped at the annual general meeting of Armagh City, Banbridge and Craigavon Borough Council on Monday night.

Councillor Savage, who has been a locally elected representative for the Banbridge area since his co-option to council four years ago, replaces the outgoing Lord Mayor Mealla Campbell.

He was nominated by Councillor Darren McNally, who said he would bring “community experience, compassion and impartiality” to the role.

The new Lord Mayor signed the declaration of office and said he was “deeply honoured” and “really humbled” to be taking on the role.

He thanked his wife Wendy and children for their support as he began on his year as Lord Mayor.

Focussing on the current situation, he said over 50 residents of this borough had died and many others had been deeply affected and he offered his sympathy and support.

Lord Mayor Savage then went on to pay tribute to frontline workers.

And he also highlighted that his chosen charity for the year was Macmillan Cancer Support, and recalled the compassion and support shown to his family during his mother’s battle with cancer and sad passing.

The outgoing Lord Mayor, Cllr Mealla Campbell, last week spoke of how she had been looking forward to spending quality time with her family after leading the council through the start of unprecedented times, and presiding at the first ever meeting to be staged remotely.

In handing over the chain, the SDLP representative thanked her family, Paul Ada, Jude and Noah, and her party colleagues.

She said it was “nice to be able to give back to the community”.

Turning to the staff at council, Councillor Campbell said: “At every level I have found staff to be courteous and accommodating and I couldn’t have fulfilled the role without their help along the way.”

She congratulated the Deputy Lord Mayor Margaret Tinsley for her support throughout the year, adding: “I know like me she will be ready for a rest and some much needed family time.”

Councillor Campbell said it had been a “difficult finish” to her year in office but she was in no way disappointed. She offered her sympathy to the families of all those who had lost their lives as a result of Covid-19.

And she concluded by wishing “the very best of luck” to the incoming Lord Mayor and Deputy Lord Mayor.

Taking over the Deputy Lord Mayor’s chain of office is Donaghcloney man Kyle Savage, an Ulster Unionist representative for the Lagan Valley area.

He succeeds the DUP’s Margaret Tinsley in the role.

In relinquishing the post, the former Deputy Lord Mayor Tinsley paid tribute to the outgoing Lord Mayor Campbell and said they worked well together, describing her as a “a lovely, genuine lady”.

She thanked the staff, before she thanked her family for their love and support.

“I did my absolute best to represent everyone and I was always made to feel so welcome everywhere,” she added.

Councillor Kyle Savage was nominated as Deputy Lord Mayor by Alderman Jim Speers, who said he would fulfil the role with dignity and honour.

He said it was a “great privilege” to have been nominated and in becoming Deputy Lord Mayor, he said he intended to put people first, as politics was about people and that was what he intended to do.