Shocking ‘Kick a Fenian in the head’ sticker branded ‘abhorrent’ 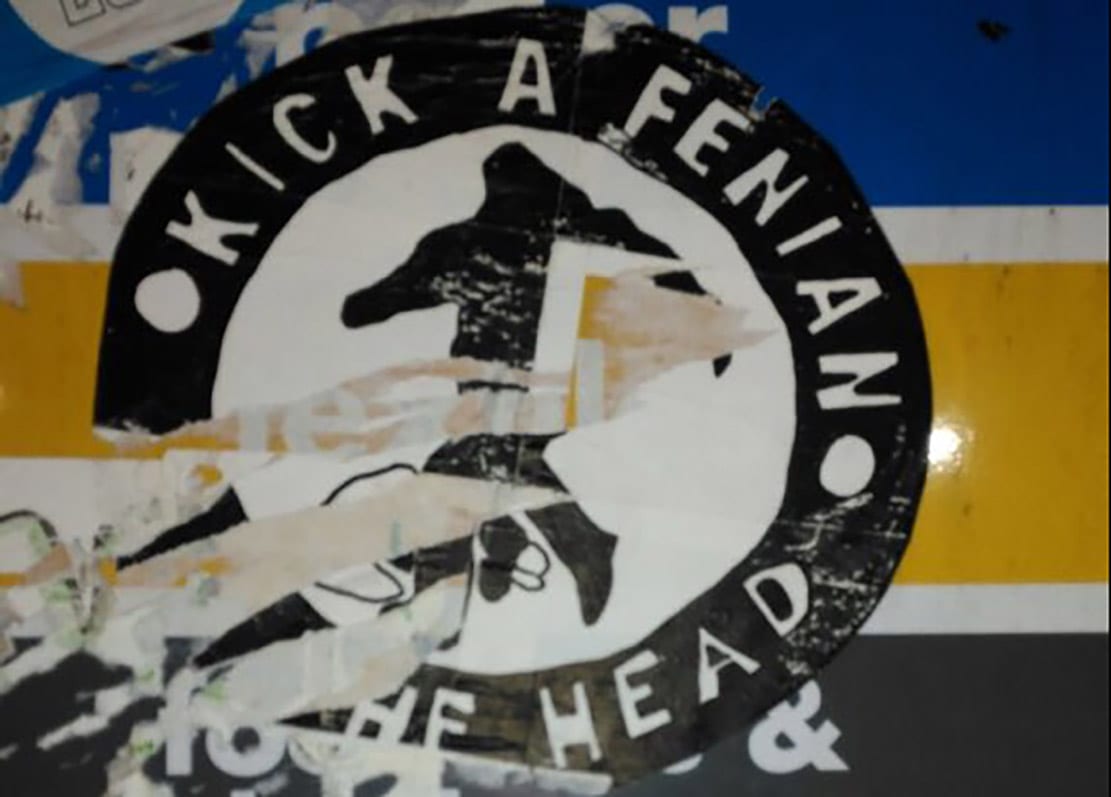 A councillor has branded the posting sectarian material close to a civic building “abhorrent” but says it was the act of a small-minded individual.

A sectarian sticker, with the words ‘Kick a Fenian in the head’ was posted to a sign for a recycling facility near Downshire Place, close to the Banbridge Civic Building.

Sinn Fein councillor for the area, Kevin Savage, reported it to the Council on Monday night.

Speaking to Armagh I, Mr Savage said the incident is not reflective of the people of the town.

“I was just shocked to see this in Banbridge; it’s a quiet enough town,” he explained. “There’s definitely no sort of sectarian nonsense in it and this incident does not reflect the people of this town.

“In this day and age to see something like that is disturbing to say the least. If it was any other ethnic group or religion – insert your insult of choice – it wouldn’t make it any better.

“It was disgraceful but I’m glad Council had it cleared first thing this morning so they acted in a very proactive manner which was great.

“I just don’t understand the mindset of individuals who do it; it’s abhorrent.”

This very threatening sticker was put up in Banbridge. It's purpose to intimidate. I've contacted council to remove and police.#HateCrime pic.twitter.com/wfBp19488f

He added: “It’s something that is hopefully on the wane; it’s just not a reflection of the people in the Borough.

I was just very shocked to see as I left my son off at the leisure centre; I was running up to the shop for a carton of milk and there it was. I had to do a double take I was that surprised.

The Council were prompt in removing the offending material.

The issue has also been reported to the PSNI.