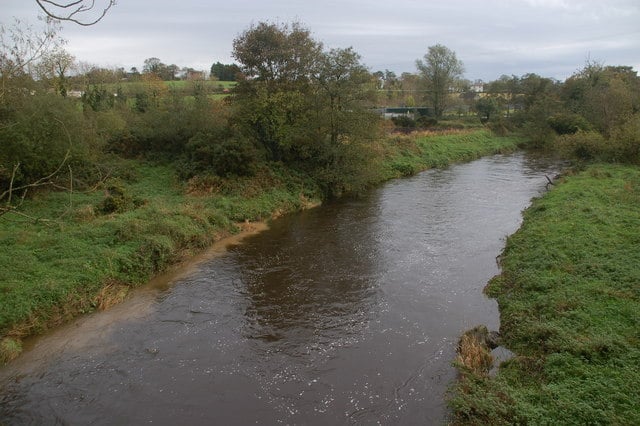 River Bann near Banbridge for illustration purposes only. photo by Albert Clark

A quarry company has been fined after part of a tributary of the River Bann was polluted by discharge from one of its pipes.

Gibson Bros Ltd, from Banbridge, were ordered to pay £1,000 plus a £15 offender’s levy at Craigavon Magistrates’ Court on Monday for breach of consent.

The court was told that on January 10,  2021 a senior water quality inspector, acting on behalf of the Northern Ireland Environment Agency (NIEA), responded to a number of reports of pollution affecting the tributary where it discharges to the River Bann in Banbridge town centre.

The inspector observed the tributary, adjacent to the Dromore Road in Banbridge, to be badly discoloured with a grey/white liquid which appeared to be suspended solids.

The contamination was traced 1.4km upstream to a pipe discharging a large volume of white/grey coloured liquid to the river from settlement ponds within the Gibson Bros quarry at 1 Kilmacrew Road, Banbridge.

This pipe is the designated NIEA consented sampling point for the quarry.

A tripartite statutory consent sample of the discharge was collected and analysed, and found to contain more than 22 times the permitted limit.

The waterway was observed to be impacted for a distance of 3.2km.

The Department of Agriculture, Environment and Rural Affairs (DAERA) said samples taken at the time of the incident showed the discharge had not complied with the consent conditions in respect of suspended solids content and was therefore unsuitable for discharge.

Anyone wishing to report a pollution incident should call the 24 hour Water Pollution Hotline on 0800 80 70 60.