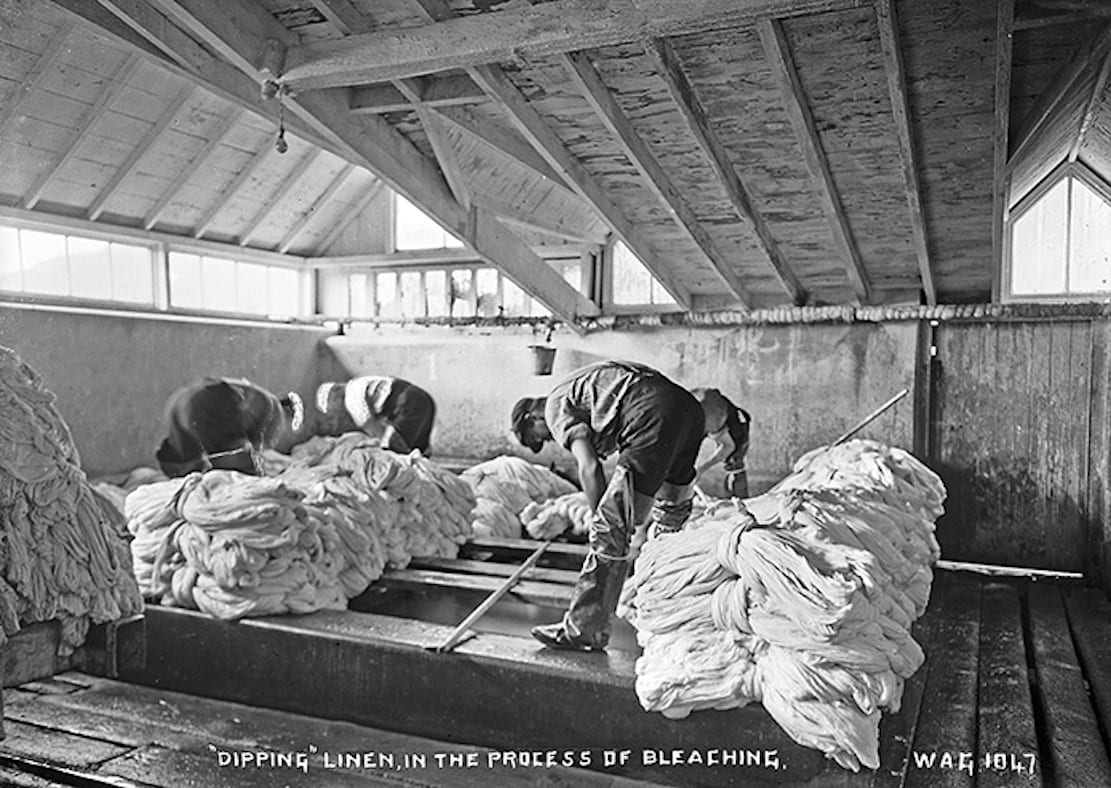 Two historic buildings in the borough are to be listed to ensure they are preserved.

Both are to be found in Co Down – at Dromore and Laurencetown – and the Department for Communities has notified Armagh City, Banbridge and Craigavon Borough Council of its intentions.

One of the buildings will be listed due to the fact it has a thatched roof.

The other is a piece of a proud past pertaining to the linen industry (pictured) in the area.

Described as a detached, three-bay, single-storey former dwelling, with a windbreaker entrance porch, it is constructed from rubble stone with lime render, with thatch under a corrugated tin roof.

The Department for Communities says it this thatched roof which means it is of “considerable interest” and should be listed.

The second building for listed status is known as a ‘Watch House’ and is located at Springvale Road, Laurencetown.

A rectangular stone building – also dating to the 19th Century – is is associated with the former Springvale Bleach works, located in a large field on the western side.

Remarkably, it is one of the last two to survive of a group of seven, the other being circular.

The Watch House is described as being of “historical significance, representing a link to the 19th Century linen industry which was central to the historical development of the area”.

It has “group value with the only other remaining tower”.

Both will now be added to buildings of Special Architectural or Historic Interest for their protection.

The council’s planning committee has been informed of the move.