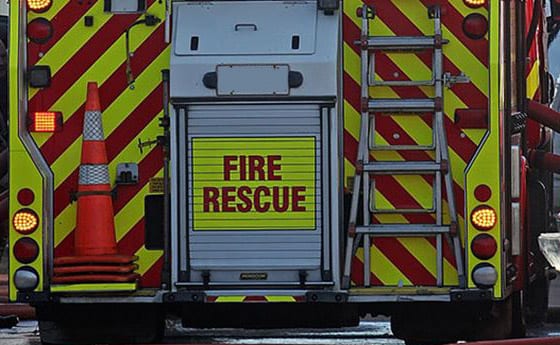 The pastor of a church damaged overnight in an arson attack has described it as a “setback”.

But Pastor Ian Wilson took to twitter in the aftermath of the incident at Rathfriland Baptist Church to say the congregation could still “rejoice”.

“Suspected arson attack on our church last night in spite of this setback we can rejoice knowing that the Devil may Roar but Christ reigns,” he tweeted.

Deputy First Minister Martin McGuinness also expressed his disgust at what had happened.

Police are appealing for information following the report of the attack on the Loughbrickland Road, which is believed to have happened sometime between 11pm and 11.30pm.

A PSNI spokesperson said: “It is believed tyres were set against the church and set on fire. The church sustained damage to the side of the building and windows.”

Fire Service attended the scene and extinguished the blaze.

Police would appeal to anyone who has any information about this incident to contact them at Armagh on the non-emergency number 101. Alternatively, if someone would prefer to provide information without giving their details they can contact the independent charity Crimestoppers and speak to them anonymously on 0800 555 111.

Disgusted at the arson attack on the Baptist Church in Rathfriland,Co.Down last night.I hope the criminals responsible will be arrested.