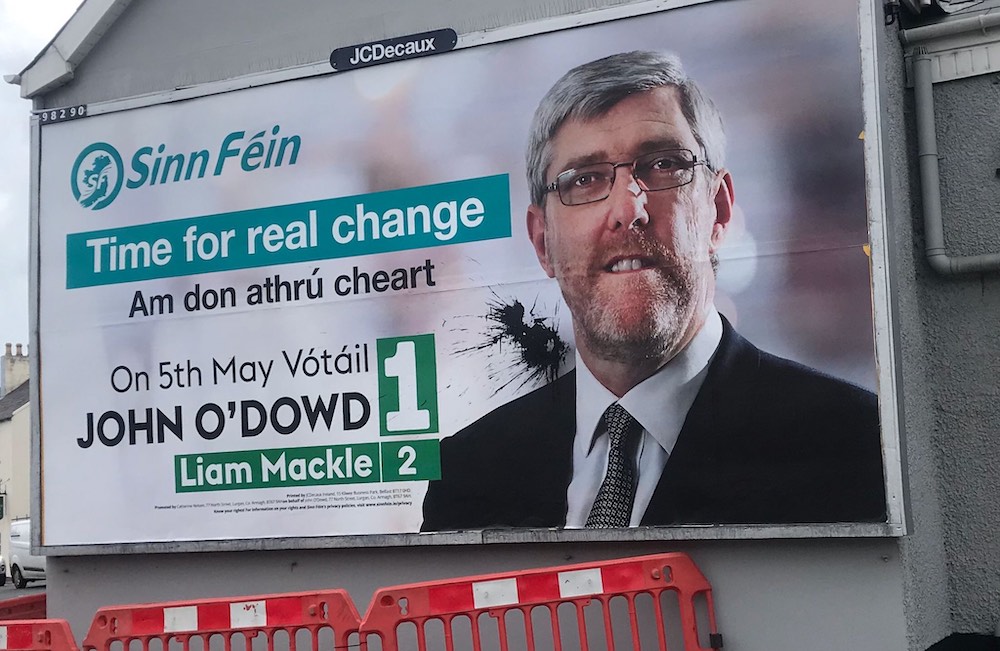 Threats to deface a Sinn Féin election billboard in Banbridge have been followed through.

Upper Bann Assembly candidate John O’Dowd had reported the threats to police; threats which included attacking the poster with paint under the cover of darkness.

And just as was threatened, the election poster in the centre of the town, has had black paint splashed against it.

Speaking on the removal of election material, Chief Inspector Lynne Corbett said: “Police in Armagh, Banbridge and Craigavon are committed to doing everything we can to ensure all candidates can participate fully in the forthcoming Northern Ireland Assembly election free from harassment, intimidation and other forms of criminality,” she said.

“We are investigating thoroughly all incidents which have been reported to us, including the removal and destruction of election posters, and any identified suspects will be liable to prosecution.

“I would be happy to engage with any person or party with concerns on this matter and would appeal to anyone who witnesses the theft or damage of election posters to contact police immediately.”